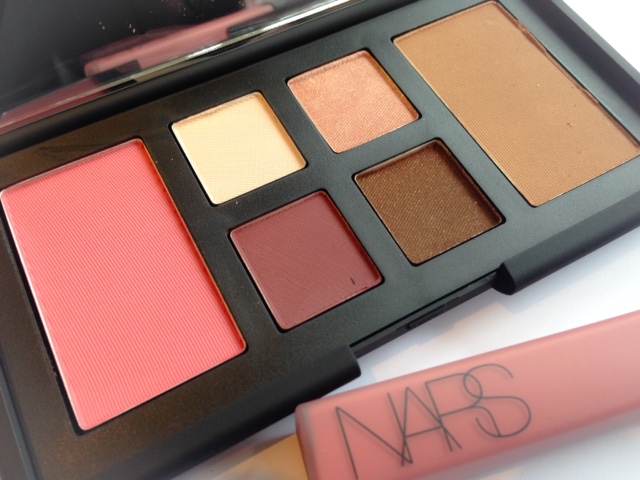 If you’re already a fan of NARS, then the NARS Loves New York Set will look familiar to you. It was released last year but has now made a reappearance at World Duty Free stores – just in case you’re on your travels.

It’s a pretty fabulous set, too, containing all of the most popular shades bought from NARS in New York. I’d wear all of these colours, and in particular the gloss, a pinky neutral shade called Dolce Vita that’s rather Bobbi Brownish. For cheeks, it’s Amour and Laguna, while the eye shades are Biarritz (cream), Nepal (soft rose), New York (plummy brown) and Galapagos (bitter chocolate).

The NARS Loves New York set also contains Chinatown nail polish in a deep Rouge-noir like red. The set is extremely limited (and only at Heathrow) and there’s a 30% saving against buying all the items individually, making it £45.80. If you’ve got secret travelling Santas, I suggest you shove this right under their nose as soon as possible!