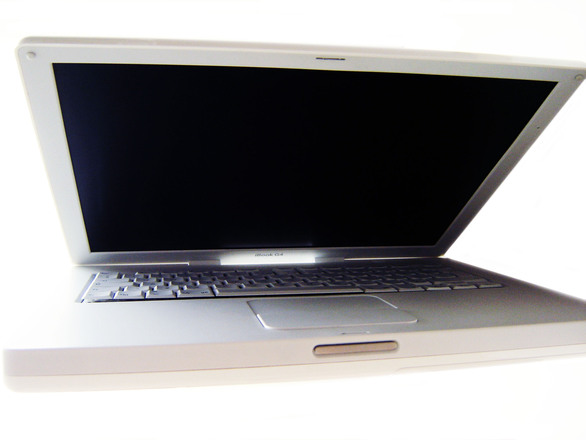 The whole blogger/PR/brand expectation thing is so topical right now that I thought I’d very quickly cover it. As more and more blogs pop up, I thought it was timely to cover some basics.

This title can equally sit comfortably on all three of the aforementioned – bloggers, brands and PRs. I know that it’s easy to be wistful for the good old days where it was all more straightforward, but the thing is, we’re not going back again. Monetization has changed everything. But, it shouldn’t change your sense of expectation.

So, it’s as common for me to hear about bloggers who ‘expect’ free product as it is for me to hear from PRs and brands who expect free coverage. It does not all lie in the ‘greedy, expectant’ bloggers’ hands, this sense of entitlement. It also belongs to the other two. I watch a couple of FB groups where it’s very common to hear things like, “I need new play equipment for the garden – does anyone know of any brands looking for reviews?”. Personally, that’s not my way to shop! I frequently get emails from brands along the lines of, “We are looking to maximise our exposure. Could you send us your address so we can send you a jar of cream to review.” I hear often from PRs that I’m “requested to attend a free facial.” So, really, you have to ask yourself who exactly has the problem with entitlement.

So, what is the fine line between being paid, and reviewing in exchange for product? It’s simple. It’s stats. Providing you have a big audience, the chances are that if you can recommend a product, it will lead to many things. First, brand exposure, second, PR remit, third, sales. If you are not able to boost any of those things, the chances are you are unlikely to have a value to the brand. You might wonder what numbers we’re talking about here, and so, to be blunt, it’s in the hundreds of thousands of views, not the hundreds or the thousands. The irony there is that I’m looking at magazines with a circulation of 90K being flooded with lucrative advertising, and yet a blog with a monthly figure of around that would be considered barely worth a penny.

When You Can Expect A Mutual Exchange

Or, to put it another way, when you can expect things for free. Let me first say that I think it’s inelegant to say the least when PRs offer ‘free’ product. It’s not free, exactly, because the blogger is very much expected to post about the product so the product is in exchange for exposure. It’s not FREE! It’s only free if they sent it as a gift with no expectation. PRs really need to stop belittling bloggers with the word ‘freebie’. It’s horrible. We don’t call our posts ‘free posts’, do we? However, it’s really not okay for new bloggers to email brands with a shopping list of the products they’d like to be sent for nothing or expect that just because they worked out WordPress somehow the PRs have a duty to send them product. There has to be at least an effort to establish a relationship with the PR or brand and a good reason why your blog is appropriate for their brand to appear on. Starting a blog yesterday doesn’t mean the gifts are going to start flooding in. That’s one of the reasons why PRs and brands get very annoyed with bloggers, and believe me, PRs all know each other – they talk, the same as anyone else. Get a reputation as a blagger and it’s highly likely that your reputation will reach other PRs before you’ve had time to compile your list.

The majority aren’t. It’s a small minority that have reached celebrity status and they have millions of viewers. I can’t see a reason why they should give that away. I’ve had personal experience of being at events (recently) where every other person had been paid to attend but me – because it was thought that a goodie bag would be recompense enough for an entire day and half of my time because I’m a blogger, despite being on their list as a digital influencer. Conversely, some bloggers now charge to turn up to an event. I’ve seen one of our biggest vlogging stars literally walk in to an event, stay five minutes, and walk straight out again because that’s all the contractual obligation she had. In my view, that’s not working for your money, there was absolutely no benefit to her being there (there were about 3 fans waiting outside the venue) and the brand is probably wishing they’d built a bonfire with the cash because it would have had slightly more entertainment value. As for paying bloggers to be at press events – press really couldn’t care less if there is a famous blogger there or not, and more often than not, neither could other bloggers. So, for some bloggers it’s really tough to make any kind of living and for others, it’s now very easy. But would you say no? You have to think about who’s making it so easy for the few, and that’s the brands who are willing to pay. Money does tend to follow money. I’ll add in that I have never, ever known a magazine to charge to literally just attend an event. Ever. A PR who believes in your value can be your best friend; a PR who believes you have no value can be your worst enemy – either way, what they say goes straight back to the brand to influence their decision making.

I’m only going to touch on the new ASA rulings for vloggers and bloggers, which are pretty much the same as they were before and don’t make anything even one jot clearer. I’ve been watching interviews with vloggers on the subject, and despite thinking they’re a wonderful idea (cough), not one has explained either a) what they are or b) how they differ from before. Even the BBC can’t pin down what they really say. That’s because nobody knows. The majority of bloggers are happy to declare; they’re proud to be working with brands, the brands are proud to be working with them, and that’s a very positive thing for newer bloggers and consumers to be seeing. Some don’t declare at all and some brands collude with that because it vaguely fits in with current regulations (believe it or not). I think you should do as you see fit for your own site. Your readers will let you know either verbally or by your stats whether your own method is working for them. But, somewhere in the middle of all this the PRs are supposed to know what’s going on – they’re often the intermediary for negotiations and in an impossible situation trying to manage brand expectation, unenforceable rules and bloggers who don’t want to declare. I wouldn’t like to be piggy in the middle of that one.

I think that what’s important is that everyone is still learning how to do this – social media is a work in progress. To a very large degree, you need to be self-regulatory. Establishing good relationships with both brands and PRs is crucial to your success on line, there is no doubt about it, but you’re not at their mercy. Good old fashioned shopping still gives you licence to voice your opinion and not be beholden to anyone. In fact, it’s the one area where going back might take you forward; buying your own products and reviewing them is just as likely to see your post shoot up the SEO rankings as it would if it were free. Google doesn’t understand if you bought or didn’t buy your lipstick! The more you are seen to be reviewing, the more you’ll be noticed. Simples.