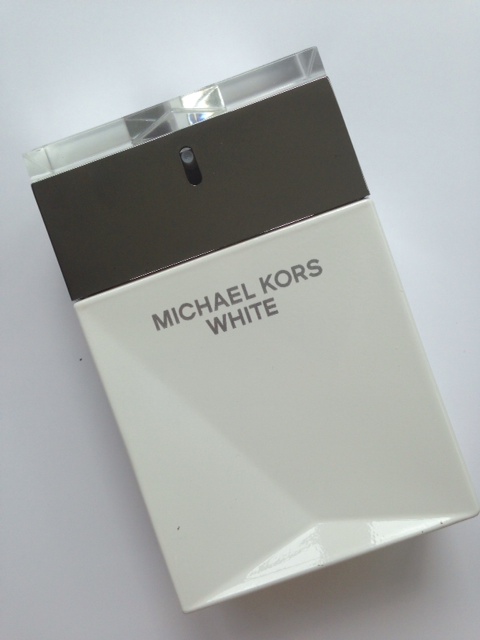 You say ‘Michael Kors’ and I say, ‘yes, anything – everything!’ The new Michael Kors White fragrance is no different – I loved it the moment I tried it. Michael Kors White isn’t launching until October, but that puts it in the spotlight for a very snow-queen style winter fragrance. And, it’s quite heavy – and heady – so I’d say if you love a perfume that wraps itself around you as well as your warmest and most glamorous winter coat, White is spot on for that.

As far as notes go, it’s fully blown with gardenia, jasmine, white musk and tonka bean – and those are the notes I can pull out myself by smelling it. Notes that are in it, but undetectable to me are violet leaf, freesia, peony and cedarwood to name but a few, but the whole thing blends together to make the kind of fragrance that feels embracing and enticing at the same time.

Michael Kors White is on the sweet side which personally, I like – it reminds me a lot of one of the older Estee Lauder fragrances but I can’t quite remember which one. It might be Private Collection. Either way, White is going to rev up your winter better than a cup of hot chocolate and an extra blanket.

Micheal Kors White is nationwide from October starting at £39 for 30ml.