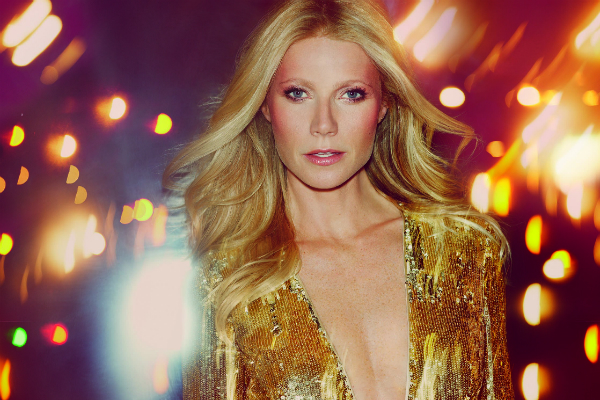 I don’t usually post much about celebrities but Gwyneth Paltrow, inspired by Farrah Fawcett, is totally knocking it out of the park with this 1970’s look. Look how high the blush is! I can’t even remember ever thinking it was okay to send blush so skyward, but I do remember Farrah in Charlie’s Angels – it was the highlight of the TV week along with Dukes of Hazard.

Headed up by Pat McGrath (swoon) it’s part of the Modern Icon campaign for Max Factor, going back through the decades with a modern spin and beginning with the ’70’s (later we’ll see Gwynnie transformed into Marilyn Monroe, Audrey Hepburn, Brigitte Bardot and Madonna..).  I can totally get the references and the modern influence (sometimes I struggle with someone else’s ‘creative’) and I think it’s so beautifully done – all a bit more pared back than it was in the ’70’s but enough pointers so that you know that’s where the look began.

Alongside the campaign image is the release of the False Lash Effect Mascara – it’s been given the bling treatment as a limited edition and straight away I’m thinking ‘stocking filler’! It’s limited edition in the gold tubes and available at Superdrug stores from 1st November for £10.99.