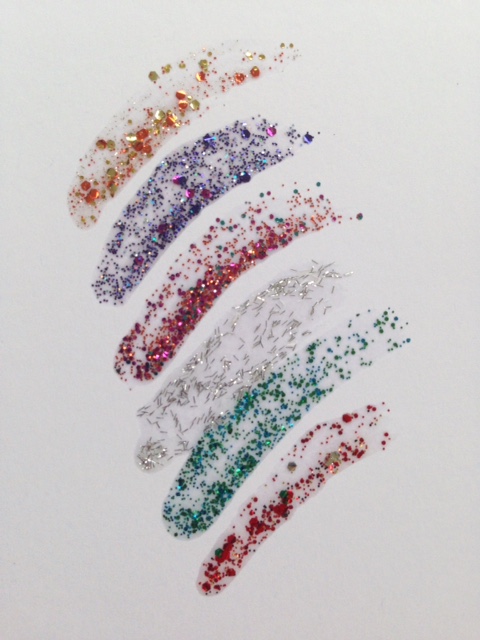 Glitter polish is such a faff to take off but there’s no doubt that it does party up your nails. The Mavala Magic Stardust Collection has it spot-on with these little bottles of shimmer with a mix of flakes, fine shards and small twinkles (that’s all my descriptive words for glitter polish used up in one sentence!).

You can use them as a top coat or layer up for the full effect (and leave an hour to remove!). From bottom to top: Magic Circus, Magic Confetti, Magic Snow, Magic Sari, Magic Saphir and Magic Spice. I love the price – £4.75 each – and being realistic, they’re the right size for the Christmas season – you’re probably not going to want to anywhere near the sparkles in February.

It’s worth noting that Mavala have switched to a new formula using nirtocellulosic resin that gives nails a chance to “breathe” a bit, although the nail plate is made of keratin (which isn’t ‘alive’) so nails don’t really need to breathe as such to stay healthy.

The PolishThis blog has some amazing swatches of the collection HERE. Keep your eyes peeled for them at Boots or John Lewis as they’re just starting to appear in stores now.