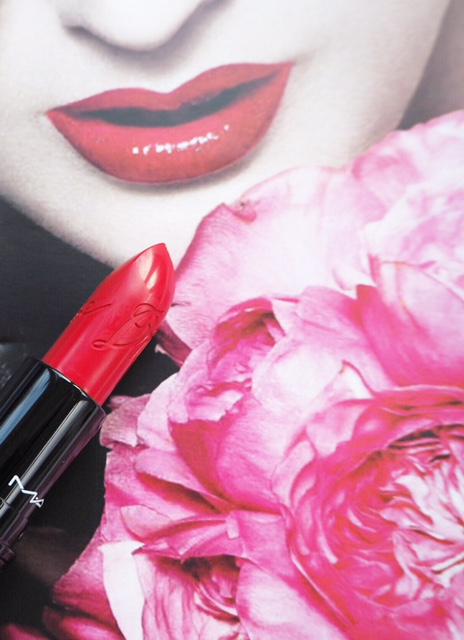 MAC is bringing out this stunning, stunning red lipstick to co-incide with Dita Von Teese’s book, Your Beauty Mark. I remember one brand bringing out a red shade and they called it ‘Such A Red’ and that was my first thought when I saw MAC Von Teese – it’s such a red!

If you love that big, show stopping look that red can do (I think you won’t need much other makeup – a nice cat eye flick, black lashes, a velvet base and you’re pretty much done) then this really is it.

The swatch above is two passes of the lipstick – it’s ultra pigmented as you can see and very matte. Actually, MAC Von Teese is the only product – there isn’t even a gloss to accompany this but after so many MAC launches one after the other it’s actually something of a relief to find a very simple, one product release! MAC Von Teese launches on 16th December for £17 only on maccosmetics.co.uk.