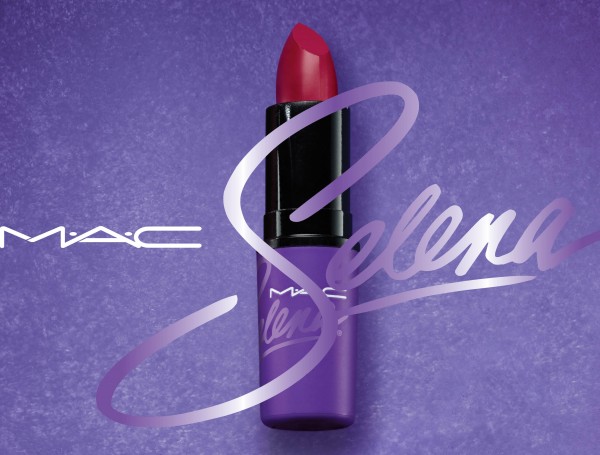 I’ve been doing a bit of research on Selena Quintanilla because I don’t think she will be a familiar name to all that many in the UK and yet MAC has dedicated an entire forthcoming collection to her. However, if you know your music, and in particular Tejano music, then Selena, who died in 1995, may already be on your radar.

Selena Quintanilla was something of a controversial figure despite being cited among the most influential Latin artists of all time, bringing a style of music to a mainstream market where it had previously been little known. Nothing about her journey was easy, from being turned down for bookings in what had always been a male dominated genre (subtext to that is ‘for being a woman’), to being criticised for the way she dressed (as she pleased and too provocatively for some). Trailblazers come in all shapes and forms and she was ‘that’ girl who divided opinon for just being herself and for her real rags to riches story.

Selena’s sister Suzette Quintanilla, who worked closely with MAC on the collaboration says, “I wanted the colours to be about her personally, what she wore on and offstage. She has been gone for 21 years already, and for this collaboration to happen, it’s pretty much incredible. It just shows the love her fan base has even though she’s gone; that her music still lives on and her legacy has grown tremendously since she’s passed. It’s a great honour to have M·A·C collaborate with Selena’s name and her fans — FOR her fans.”

Despite Selena’s death (or, murder, since she was shot and killed by a former employee of her business), her music continued to sell to the point that by 2012, 60 million albums had been sold world wide.

The MAC Selena Quintallina collection is good example of a global collaboration and something rather less obvious (I genuinely thought it was going to be Selena Gomez!) than previous mainstream celebrity collections. In the UK, it won’t resonate in the same way that it will in Latin America or the USA, but nonetheless, it’s taught me about someone that I previously knew nothing about and also highlight’s MAC’s growing interest in being the make up brand for the music industry). The more I read, the more I discover how fascinating, tangled and complex Selena’s life was, and the fact that it ended far too soon makes me wish I’d known more of her before. (There is a film, starring Jennifer Lopez about her life – you might be able to find it on Netflix – but definitely read up on her life, even if only on Wiki, because it is so interesting).