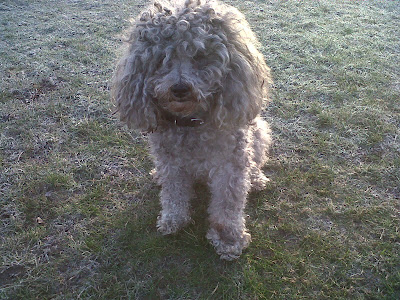 Lush have launched a pretty impactful campaign to highlight the horrors that animals have to go through for the sake of beauty. By putting a human on display in a store window being force-fed, injected, having chemicals put in her eyes and a myriad of other unthinkable acts that animals go through in the name of cosmetic testing they’ve undeniably made their point. See their campaign summarised HERE but if you are sensitive, maybe read the post through first.
If you don’t know where the UK stands on animal testing for cosmetics, while the testing of animals for cosmetics is banned across the EU it is still legal for products that have been animal tested to be sold here. And of course, in China, where many brands are now looking to join the rising economic market, it is a legal requirement that cosmetics be animal tested for safety.
There are so many aspects to this argument that this would be a book, not a blog post, if I presented them all. Do I think animal testing for cosmetics should be banned? Absolutely, I do. Will I stop featuring brands that animal test? No, I can’t, otherwise I wouldn’t have a job or a blog. Do I think animal testing in medicine is okay? I used to think no, it absolutely isn’t okay…then I had my own children and frankly if one of them needed life-saving medical care that was reliant on animal testing, I’d strangle the rabbit myself.
Where there are alternatives, I am vehemently opposed to needless animal testing for medicine. But, we are never really told the truth about whether there are proper alternatives. For cosmetics, there surely is always an alternative? It’s not needed, and for the majority, not wanted and we just simply should not do it in any way, shape or form.
I’m an animal lover to my very bones; those of you who read my blog regularly will know that my dogs are more than precious to me. I find animal cruelty at any level more than distressing: I’ve had a stand up shouting match more than once with people mistreating their animals because I cannot be party to turning a blind eye. I have, in the past, actually kidnapped an animal and I cannot say more than that, other than it was being horribly mistreated and we whisked it away in the middle of the night. One year later, the owner tracked the animal down and took him back and we were never able to find him again. It was one of the saddest days of my life.
So, I am in support of the Lush campaign 100%; I might not love their products but I do love that they’ll get out there and hammer a message right into the brain and not offer a painkiller. This is what we need to see to give the reality of animal testing across the world a visual reference that makes our eyes water. BUT, I draw the line at holding a cruelty display in a shop window – it isn’t something I would like to explain to a passing five year old who doesn’t really need to know about that quite yet and certainly not quite so starkly. Some, like my lovely Twitter friend, @Tsunimee, found it unbearable; see her views HERE.
Either way, point made LUSH and congratulations on opening a debate up that gets to the very heart of why animal testing on cosmetics is wrong.