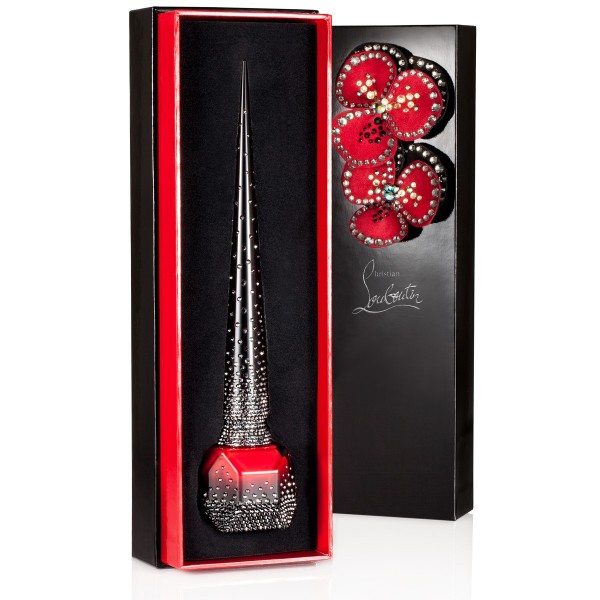 I was over the Louboutin nail polish range before it even got started really thanks to some awful PR and a very rigid roll-out that clearly put bloggers at the very arse end of the information chain. In fact, it was 2014’s most disappointing launch. I really tried very hard to get some good information that wasn’t prescriptive PR gush but in the end, you have to sometimes let things go, and this is the one in 2014 that I gave up on. There’s only so hard you can fight about nail polish.

However, I’ve just spotted the Louboutin Starlight on Sephora – I’m not recommending, it’s just for lookies because at $675 (but free postage!) it’s got to be something special. I think you’d have to view the Louboutin Starlight as a treasured art item more than a nail polish (unless you won the lottery recently) because it’s studded with 1,500 Strass crystals. I didn’t know, until I did a bit of research, that there are different levels of quality for crystals and Strass is the very top end. Swarovski is generally considered to be the premium Strass manufacturer, but interestingly, there is no Swarovski mention with Starlight.

I’ve got to admit, much as I’ve given up on the brand, Starlight is kind of beautiful! If you’re going to embellish a polish bottle til it lights up like the Vegas strip, this is the way to do it.