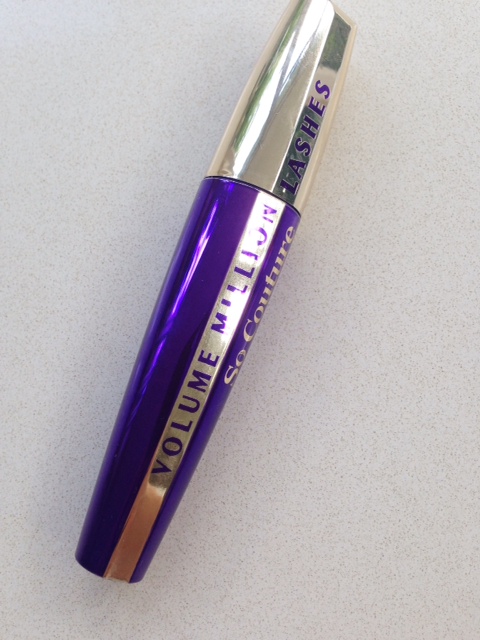 For a change, I actually had a willing volunteer to test out the new L’Oreal Volume Million Lashes So Couture. If you’re getting in a muddle with the Volume Million variants, this one is all about spike definition, as opposed to fat lashes. We’ve got so used to trying to add the oomph in terms of thickness and volume that we’ve forgotten just how lovely spiky lashes can look.

We didn’t have very long to test, so literally this is just as it came out at two coats (thank you Bea!) and I think that’s pretty impressive. The difference with the Volume Million So Couture formula is that it doesn’t go hard – it keeps lashes quite soft thanks to silk in the mix so you don’t get a stiff look like some mascaras. I think this is good for someone like Bea above, who has naturally long lashes that if she coated excessively with volumiser would look way too over the top. It’s already in Boots HERE for £7.99 – it’s labelled as an introductory offer so the price is probably going up shortly.