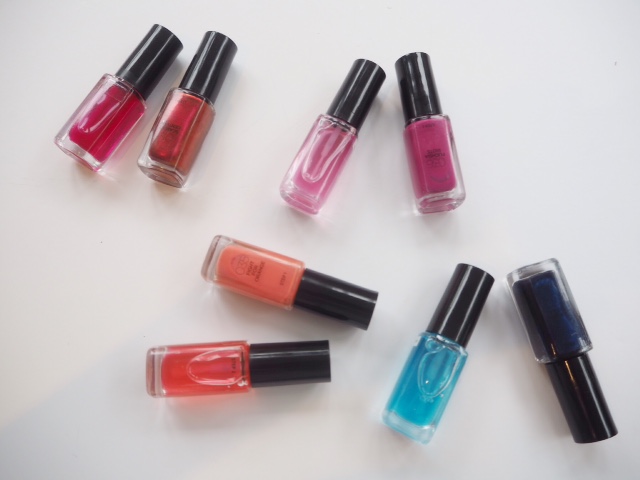 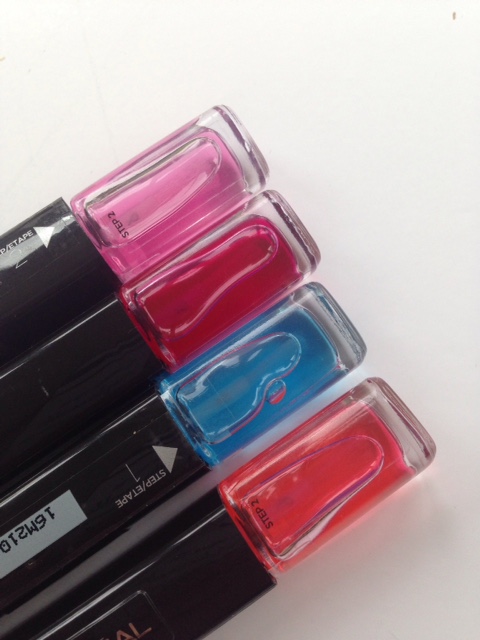 Much as I love the idea of dual colours for nails in one package, the packaging for the L’Oreal Paris Infallible 12 Day Gel Lacquer Collection doesn’t work for me. 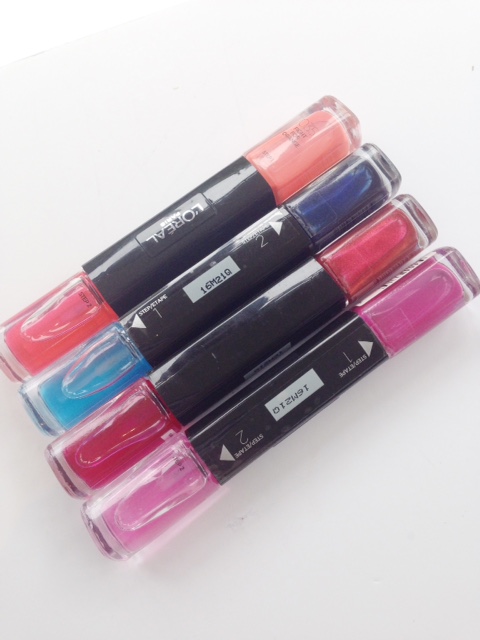 I don’t know if it’s just me being over worried but the idea that you pull the bottles out of either end sets my anxieties going and I think I’m going to be pulling out the actual brush without knowing which way up I’m supposed to be holding it so it could spill everywhere. What should happen is that you release the entire bottle complete with lid from the holding centre. 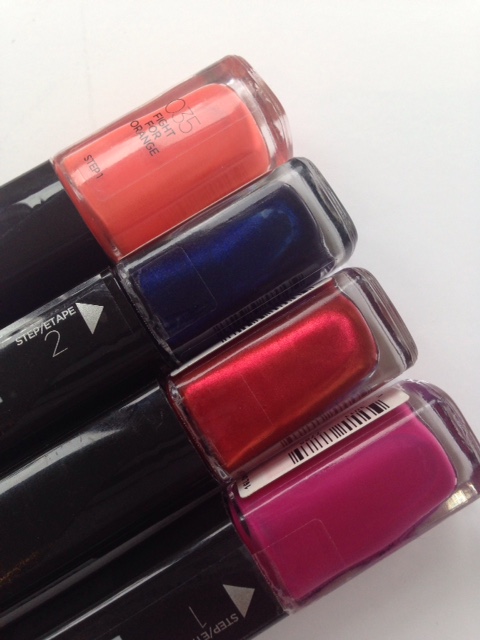 The idea is great; one dense coat with Flex-Resin (TM) that keeps the polish flexible so it’s less likely to chip off, and a tinted second coat to set the colour and amplify it so that you get a brighter, longer lasting effect to your nails.. nothing not to like.

But then, look! My fear actually happened and the lid got stuck in the holder!  It was actually not in the least dramatic but I didn’t like it. *phones therapist*

I’ve put the darker shade next to the brightening top coat next to each other on the wheel. So, from left to right: Shimmer Red, Navy, Fight For Orange, Fuschia Riots.

I haven’t tested these yet for longevity, but I certainly love that they’re so highly glossy. You could also just wear the top coat on its own if you’re after the jelly nail look. They’re £7.99 each. I coulldn’t spot them on Boots so maybe they haven’t launched on line yet but they should be in stores.