You are here:  Home ﹥ Article ﹥ L’Oreal, Genifique and The FTC Bureau of Consumer Protection

L’Oreal, Genifique and The FTC Bureau of Consumer Protection

In the US, L’Oreal has had its knuckles well and truly rapped for claiming that their skin care products can boost genes and claiming the use of ‘gene science’ to imply that somehow, face creams are capable of modifying genes to deliver anti-ageing results.

The FTC Bureau of Consumer Protection finds that L’Oreal are unable to support these claims.

There are so many brands making eyebrow raising claims that you could drive a tractor through if you were educated enough in science terms. Most bloggers and beauty journalists are not, so it can often seem easier to take the path of least resistance and just go with it, especially if there is any ad revenue involved. In the end, you get information weary – it’s hard to see the wood for the trees when brands are all vying to catch your attention with huge claims and ever more complicated ingredient lists.

Specifically, L’Oreal Youth Code and Lancome Genifique claims have been found wanting by the Bureau; so if you were hoping for some youth genes to be dug up by using them, then you may be rather disappointed. I went to the initial launch of Genefique some years back. It all sounded so plausible and most of us weren’t able to go deep enough into the science to question it. I used Genefique and actually rather liked it – it certainly had an effect on skin texture. But did I ever think it was doing something to my genes? Thinking back, I probably did at the time, because it was what I’d been told. But, I was never in a position, like everyone other than FTC Bureau of Consumer Protection, to prove or disprove. And there lies the difficulty. I know, as does anyone working in the beauty sphere, that there are very many improbable claims doing the rounds at any one time. We can’t disprove them any more than we can prove them independently.

Conversely, there are some beauty brands doing pretty incredible stuff and they specifically don’t make claims or indications about them at all, for fear of being deemed medical rather than cosmetic. That would be shooting themselves in the retail foot rather hard.

So, it’s all something of a mess. Trying to translate complex information into something digestible for the consumer is what brands rely on us for to help them spread a message that their product is somehow better, more potent and definitely worth investing your money in. When something like this happens, with L’Oreal no longer allowed to make claims that gene activity is boosted or that certain products affect genes until they’re able to support the claims with reliable evidence, it affects all other brands with any claims around genes and skin.

At the same time, I can’t say, hand on heart that what they’ve claimed doesn’t have some truth – it could be that their presentation of ‘evidence’ just wasn’t robust enough to meet a difficult criteria. Because, when you think about it, no major brand makes such claims knowing them to be untrue. It’s just not what they do.

In medicine, it is possible to deliver gene altering agents to skin topically but it’s medicine and not something you can buy at a beauty counter. But, it does mean that technology is there to target wrinkles by using topical applications on wrinkles. So, I don’t know.. and nor does anyone outside of the lab..what the truth of genetic alterations in skin care is. It’s confusing for all of us to know what to believe and what not to believe.

At the end of the day, if you find a product that your skin loves, then go with it. It won’t matter than it doesn’t alter genes or change cell shapes or drive products ‘deep into the epidermis’ – if your skin likes it and you like it, then that’s enough. I feel like it’s time to go back to basics with skin care – time to give the consumer a bit of a break from the science battering, and certainly time to stop baffling those charged with passing on the message with increasingly complex promises. I often feel uncomfortable when brands take medical words and throw them into the mix concerning a beauty product. I say leave the gene therapy for people who are really ill and truly need it. Beauty world doesn’t need it and it never, ever has.

Only Fingers And Toes 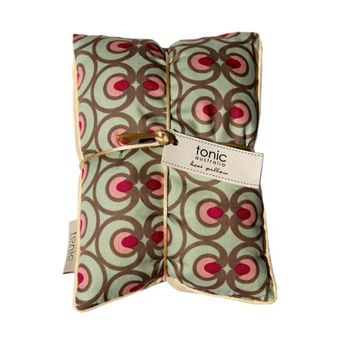