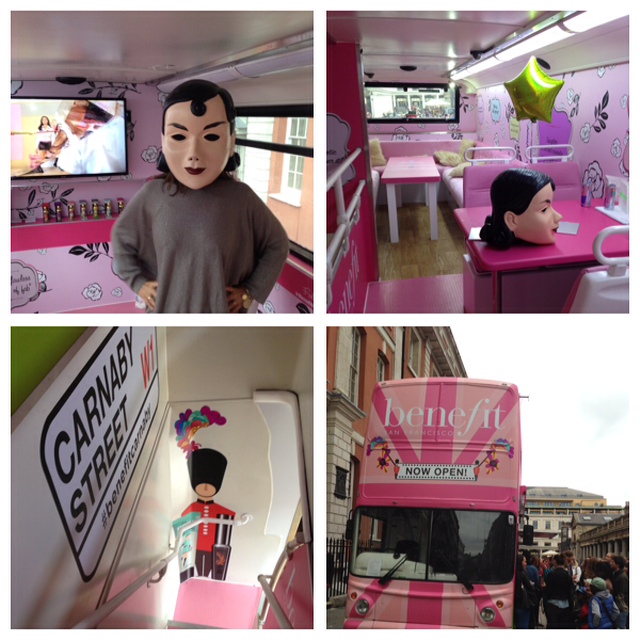 Totally by chance, I ended up on the Benefit bus with Lisa, the Benefit Head Make Up Artist in Covent Garden – there was a huge queue and lots of make-uppers going on. That’s me in the Gina head but nobody actually ever said why it was there – it was surprisingly heavy is all I’m saying.

Next, it was on to Maison Triumph; a pop up space in Monmouth Street (Covent Garden) that is such a cool initiative for young women designers (The Makers), offering them a retail space until December. Downstairs they have a kind of ‘making’ – there was a lovely illustrator there so we sat down and did some drawings, but I know they’ve been doing all kinds of stuff such as making jewellery. Upstairs, it’s bra heaven!

The final stop was The Ugg Lounge in a hotel near Somerset House with a spectacular view! A couple of sips of Prosecco and a desire to cover my home in the new Ugg Homewares (see chunky knit blanket above), and that was my LFW in one day!