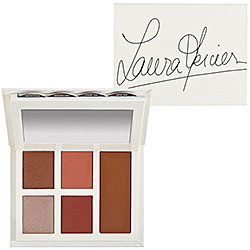 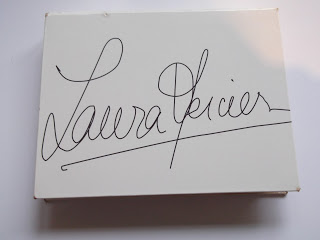 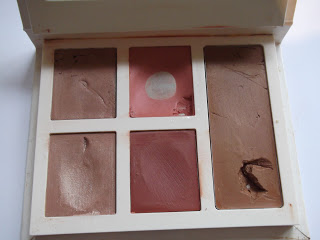 The 2010 Bonne Mine Palette from Laura Mercier ranks as one of my all time favourite palettes. Why was it called Bonne Mine? Roughly translated from French, it means ‘looking well’ or ‘healthy appearance’ and I used that palette all summer long, not least because it had the most perfect creme blush shade that I have ever found. So, I used it very sparingly and you can see from my rather battered palette that the shade that got used the most is the blush. Because I couldn’t actually replace it (it was a limited edition), I rationed it, although now I see they have it on the Sephora US site.

So, it’s exciting news for me that Laura Mercier has brought out three of the shades individually and I can plough through what is left of the Bonne Mine palette safe in the knowledge that the blusher can be replaced. Whew! 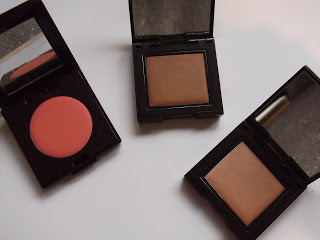 The products are rather coyly called ‘Veils’, but that really is the best way to describe them: they are only meant to give a veil of colour and accentuate the skin, so they’re very sheer but ultra flattering and are genuinely great at giving the complexion a fabulous uplift to all skin tones. They’re £18.50 each.