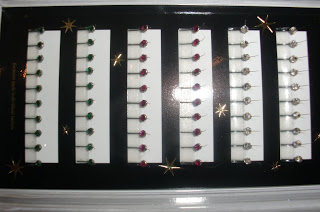 Rewind nearly two years and I swore I was only going to have lash extensions once. Then I changed my mind because I loved them so much. So I decided I would treat myself – it could be my beauty indulgence – for one year. So, nearly double that time later, I still can’t give them up! I still see Kathryn from www.fluttereyes.co.uk and she has never done anything other than an amazing job. I love the thought of coloured lashes, and Kathryn’s little trays of shimmery, sparkly and vibrant lashes are very tempting. Of course I want the sparkles, but felt it might make me look a bit ‘old pole dancer’, so left those for the sake of my dignity. But, I did settle on the purple. Obviously they aren’t allllll purple; that would be a little too weird, but Kathryn has interspersed them evenly between the black lashes and because it is a vibrant purple, they’ve come out really well. My lashes look amazing: there are enough of the purple lashes to be noticable but still subtle. You wouldn’t notice it passing me in the street for example, but you would if we were face to face. In the past, I did have a couple of red ones put in but was too nervous to have enough to get the full effect. I’ve known Kathryn long enough now that I just let her get on with it and I have to say the overall effect is stunning. If I can get a good close-up shot I will post a picture but so far have failed to take one that really shows the look well. In the meantime, some pictures of the lash trays.