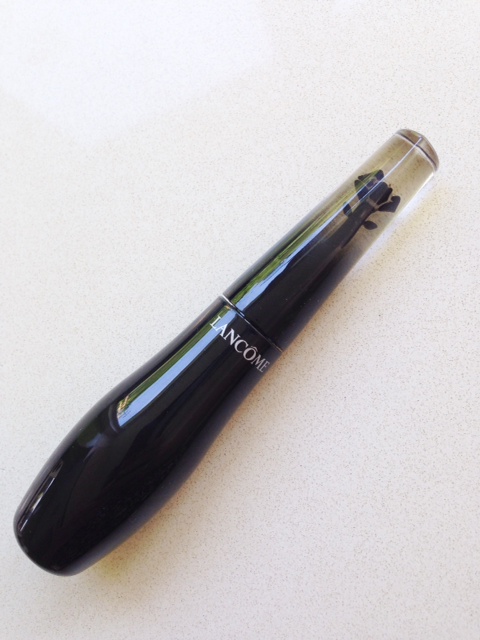 Lancome Grandiose Mascara is easily the best looking mascara launch of the year. I love what they’ve done with the packaging and rounded shape bottom end. The top end fades to a clear perspex-like plastic that houses a single black rose – it’s just delightful.

But then… er.. this happens! Here’s the backstory. The difficulties we face with putting on mascara involve doing the ‘other’ eye and not getting decent enough coverage across the hard to reach areas. Crossing the brush over the nose, turning the wrist to reach the eye on the other side and switching to your other hand to apply mascara. Lancome Grandiose Mascara  has a ‘swan neck’ that intuitively avoids cheekbones, nose and eyebrow arch when applying because it is curved at 25 degrees to its axis. WHAT? So, to avoid all these troublesome mascara pitfalls (my eyes are so rolling, just saying), you’ll have to follow some very complex instructions, that includes, “slightly rotate the wand between your fingers a third of the way round; the brush naturally positions itself horizontally over the central third of the eye.” Don’t worry about the other two thirds because there are just as complicated instructions to help you deal with those as well.

Nice idea, horribly over complicated by a set of instructions more tricky than learning how to perform key hole surgery. In fact, that’s probably easier.