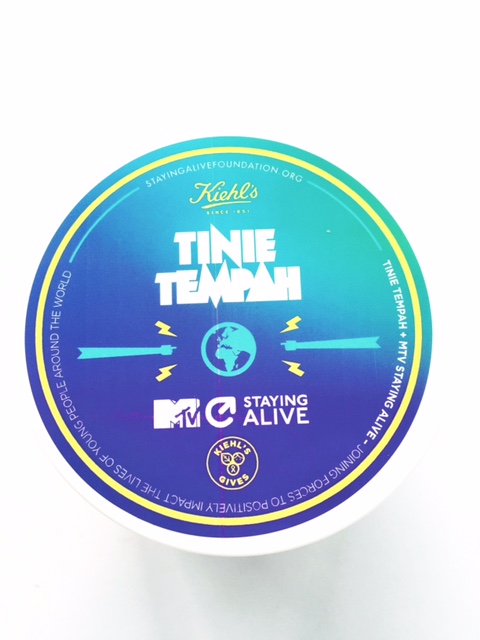 It’s nearly forever since I last heard from Kiehls, but I was so happy when their newest collaboration pot of Ultra Facial Cream appeared out of the blue! This is one of the iconic facial creams for dry skin – famously put through its paces by six climbers on the first Greenland Ascent expedition (I actually thought Greenland was flat!).

Despite the fact that Ultra Facial Cream is by any standards now, rather a basic cream with a short ingredient list, it still does a good job of holding in moisture. It doesn’t have any SPF, either, which just seems strange. But, this post isn’t really about UFC; it’s more about the collaboration with Tinie Tempah in support of the MTV Staying Alive Foundation. As a brand, Kiehl’s has raised over $2,500,00 for the foundation which works with Aids awareness and prevention, and that’s a very significant achievement. There are plenty of brands that do nothing for any causes.

I could write on the head of a pin what I know about Tinie Tempah (yes, without checking, I could easily have written Tiny Temper), but it doesn’t matter – he’s going to resonate with an audience that can really push the message out. Keep an eye out for it on counters or in store, and if you’d prefer to bypass that you can donate by text at HIV1.