Journey of A Skin Cream 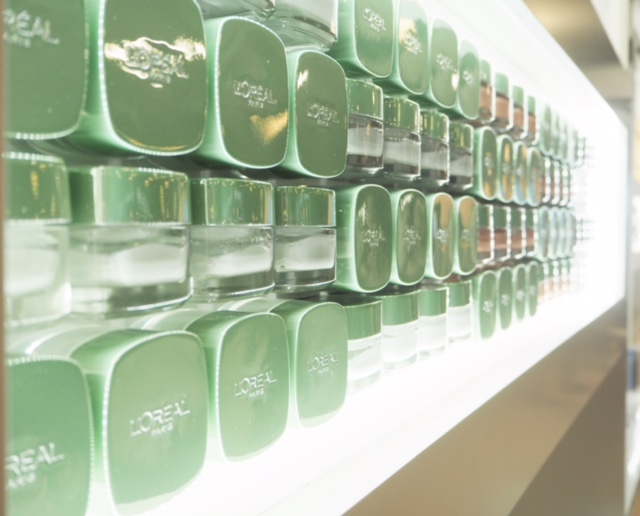 I have a couple of posts about my trip to the L’Oreal Paris Labs just outside Paris – there was so much to learn that I can’t sandwich it into one post – but one of the key learnings of the lab visit is just what it takes to get one cream from conception to market. I think it was Sali Hughes that said if you’re going to invest in high street skin care, choose one of the big brands (such as L’Oreal, P&G, etc) because they’re such huge corporations they have all of the technology at their fingertips. This has proved to be completely true, but even I hadn’t realised quite what it takes to get a product on the shelves.

A very basic skeleton product might typically comprise: water, emulsifier (to mix the oil and water components), oil, butters and powders (optical or mattifying, for example), preservatives and fragrance. So, that’s the very beginning of a cream – already sitting and waiting for the bones to be put on. The ‘bones’ might be a new trend, a new ingredient or a new technology, or new research findings on what women/men want from a skincare product. For argument’s sake, let’s say that Ingredient X is brand new with some great results and the L’Oreal Paris wants make a day cream based around it. So, from here, it’s a timeline of just how the new cream comes to life. I’m calling it Cream BBB!

Firstly, a formulator will brief lab technicians on a formula with all the right ingredients for the desired skin result (i.e. brightening, refining, anti-ageing, comforting). It’s then up to the lab technicians to make the ingredients work together through a process of trial and error (an informed process!) in 1 kilo batches. Ingredients don’t always work as expected; their compatibility can be unstable (for example, you may need a higher quantity of emulsifier to bind the oil and water elements together in the most efficacious way). This process has been known to take over 200 times to get exactly right.

At this point, we’re still in the small L’Oreal Labs where Cream BBB is tested for performance, stability and safety. One of the jewels in the L’Oreal scientific crown is their technology with reconstructed skin grown from human cells (separate post coming on this because it impacts on issues like animal testing) so safety is tested on that. Stability testing sees the product subjected to a high temperature for several weeks to replicate a real-life expected shelf-life of 3 years. You can read more about reconstructed skin HERE.

Assuming that our lovely cream, BBB, has passed all of the above (which it may not have done and the process needs to be restarted all over again – suddenly the claims of ‘5 years in the making’ start to make sense) it will then move on to clinicals and technical assessments. In terms of human testing, a clinical trial can see between 50-100 people using the cream and every skin care detail recorded over a period of time, and in terms of consumer testing, this can thousands of women who fill in forms and answer questions rather than being subject to skin testing. The types of testing you’d expect Cream BBB to be put through are Fringe Projection which creates a 3D skin surface image for study, Corneometers which measure water levels in the skin and dermatologist assessments (see above – Ruth from A Model Recommends being a… model.. for this!) Believe it or not, there are books dedicated to mapping skin ageing (Google the Skin Ageing Atlas but be prepared for a fright!) used for reference. The difference between clinical and consumer testing is that the results in clinicals are technically measured and not just based on consumer perception.

Somewhere in the above (because it can be changeable), Cream BBB needs to large scaled. Does a 1 kilo lab sample of cream behave in the same way when it’s scaled up to say, 20 tonnes? There are many variabilities on this, including processes such as heating certain elements or tweaking the formula to go large. It’s very rare for a formula to fail at this stage – it isn’t like chucking in tonnes of ingredients and hoping to hell that it works; it’s a very fine tuned process and factories are used to working large scale.

While all of the above are being conducted on Cream BBB, other departments are gearing up. Packaging needs to be compatible with the ingredients (it’s not unheard of for skin care ingredients to break down packaging over a period of time). There can be two or three back-ups in progress just in case the worst happens. Communications need to be defined and then refined – so what’s the best way for the packaging to communicate what the product is for and what it does? Globally, the wording may be different allowing for cultural references and understandings. For a global brand, the same cream may need many permutations in brand messaging. At this point, Cream BBB needs to be built into the marketing calendar and this could mean many individual country launches all of which involve PR and PR communications. At this stage, too, retailers need to be secured as well as pricing formatted for market compatibility. PR communications mean press launches, send outs, consumer-friendly information and more, and that’s before we’ve even begun to talk about retail space, individual shelving componentry, in-store promotional activity.

When we’re wondering (as I think we all do) if the giant corporations are having a bit of laugh and knocking out pointless creams that do nothing, I think it does help to know just how many processes one product needs to go through to get to our bathrooms. What do you think? Have you ever really thought about what a beauty cream has to endure before it’s ours?