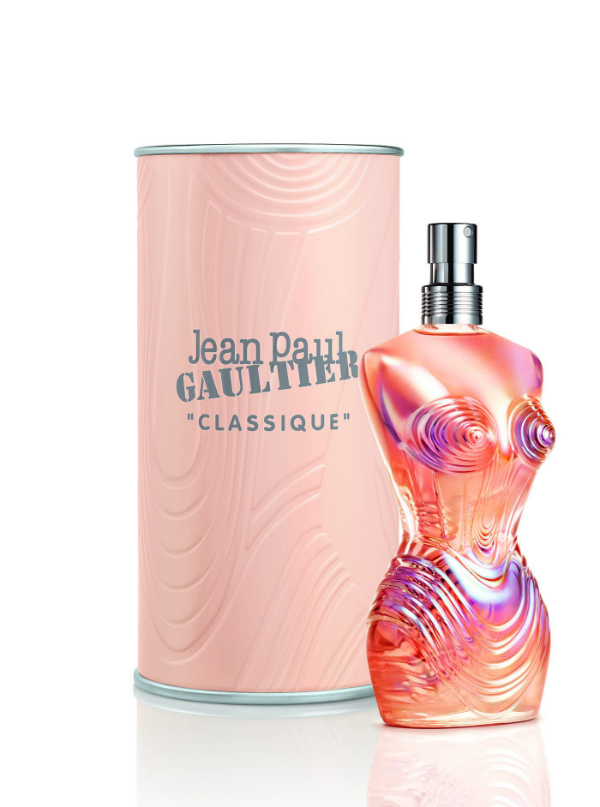 I can hardly believe it’s 20 years of Jean Paul Gaultier corset bottles! I remember the absolute rush for the very first one because we’d never really seen anything like those shapely bottles. And don’t even start me on JPG for men – very, er, formed.

Jean Paul Gaultier was the Creative Director til 2010 of Hermes – something I think that gets quite forgotten in beauty world although I’m sure it’s imprinted on the stylish brains cells of any fashionista. He also hosted a programme called Eurotrash – if you remember it, then I need say no more, but if you don’t, Google it. It’s totally a show of the 90’s and was considered very outre at the time. So, it’s no surprise that his designs for the corset bottles are very sensual and really embrace a shapely female form.

This is the newest corset addition.. Belle En Corset, inspired by in part by Amy Winehouse and yet again it’s a complete re-invention and is a limited edition. I’d be very pushed to pick out a favourite – but I think Classique Robe Velours Jean Paul Gaultier (the one in the black dress) from 1998 would take it.

Harrods has already launched Belle En Corset exclusively where they are displaying the other 19 collector bottles (shown above). Actually, there’s a little competition going on as well.. watch out for Harrods (@harrods) tweeting about the chance to win a JPG hamper…all you need to do is take a picture of the 20 year display and tweet it out to @harrods to be in with a chance of winning.

Belle en Corset rolls out nationwide on 6th May.