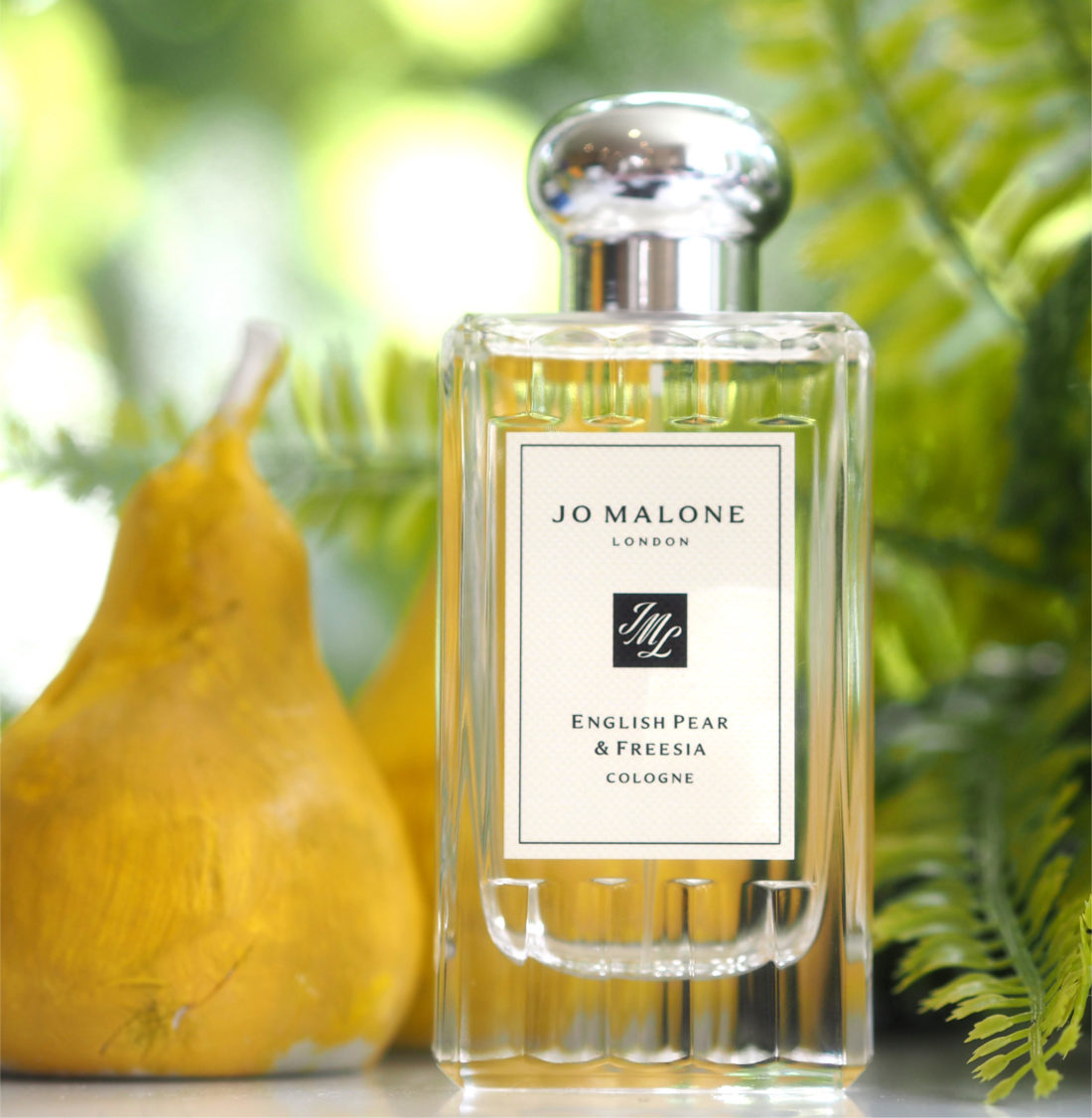 [unpaid/sample/affiliate/ad] Earlier in the week, I did a Zoom masterclass with Jo Malone London where we learned to make a clay pear under the guidance of ceramic artist, Freya Bramble-Carter. The reason for it was to re-look at English Pear & Freesia Cologne which is currently out in limited edition fluted bottles with the addition of a new giant size hand and body wash. Actually, large sizes of anything seem to be a trend at the moment so I’d expect to see more appearing.

My efforts at pear bud vases aren’t finished (I ran out of time before a meeting) but I’ll finish them over the weekend. I really enjoyed learning how to do it actually – I think I could get a bit addicted to making clay fruit! English Pear & Freesia isn’t a fragrance I’ve paid much attention to because it’s not something I’d naturally pick out to wear (‘m 100% Orange Blossom and always will be) but having my attention focused on it, while smooshing clay, made me realise there’s more to it than just a fruity-floral.

Something I hadn’t considered is that pear is very much an autumnal fruit. I think being able to get whatever fruit all through the year unlinks us to the seasons and blurs the natural rhythms of the year. Some things are obvious – tangerines at Christmas, for example – but I cannot say I’ve paid any attention to when the natural pear calendar falls. Once reminded though, I did sort of have childhood memories of pears being linked to crunchy leaves and chilly October air although in the south they probably ripen a bit earlier.

King William pears are used to create the juicy top note in English Pear & Freesia Cologne with freesia at the heart. I find the fragrance more freesia (with rose) than pear although for the first time I’ve taken note of the amber and patchouli base because it’s far more evident than I expected – or remembered. I think perhaps that’s what emphasises the autumnal aspect because it’s somehow fresh and comforting at the same time. Some compare the opening notes to champagne because wrapping the pear note is rhubarb and the combination can sometimes have a fizzing aspect. English Pear & Freesia started life in 2010 so it feels like time to pay it attention again – it’s not ever going to fall into my favourites category but I’m looking at it with new eyes and realising how much British seasonality forms the Jo Malone brand. You can find it HERE, non-affiliate HERE, from £52. The large size hand and body wash is also £52 and I must admit, I’d be delighted to find that in any guest bathroom – or actually, my own!