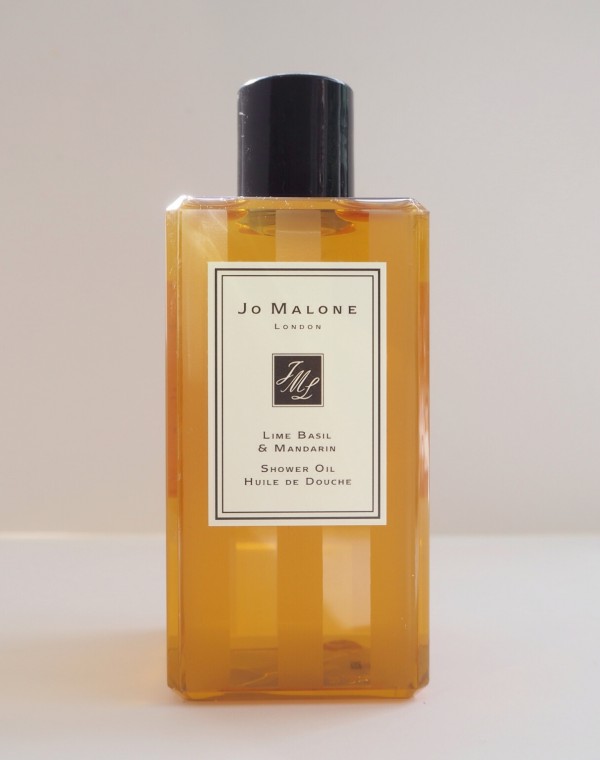 The Jo Malone Lime Basil & Mandarin Shower Oil is a bit of a turn up for the books! It’s the fragrance from the ‘old’ Jo Malone days that I like the least – I really could never get to grips with basil being something you’d want to smell like. Fine with a bit of mozarella, but not actually a thing I’d want to carry around on my body in fragrance form. My friend’s little girl called it the Pesto Perfume, and that’s about right.

However, since Estee Lauder got hold of Jo Malone, they’ve changed some of the fragrances (some say they’re far more diluted) and as far as this shower oil is concerned, that’s all to the good. Instead of the basil taking over your shower, it’s far more the lime and mandarin with only a hint (to my nose) of herbs in the backdrop. The formula is also beautifully skin softening (with coconut oil, jojoba and sunflower) making it all in all a truly gorgeous summer shower product. I’m thrilled to lvoe this because of late Jo Malone just hasn’t been ticking any of my boxes at all. There’s also a Geranium & Walnut Body Scrub that sounds interesting, and the shower oil will come in Peony & Suede Blush and Blackberry & Bay. It’s really a shame that Orange Blossom didn’t make that line up, because it’s a joyful fragrance that makes me smile every time I use it.