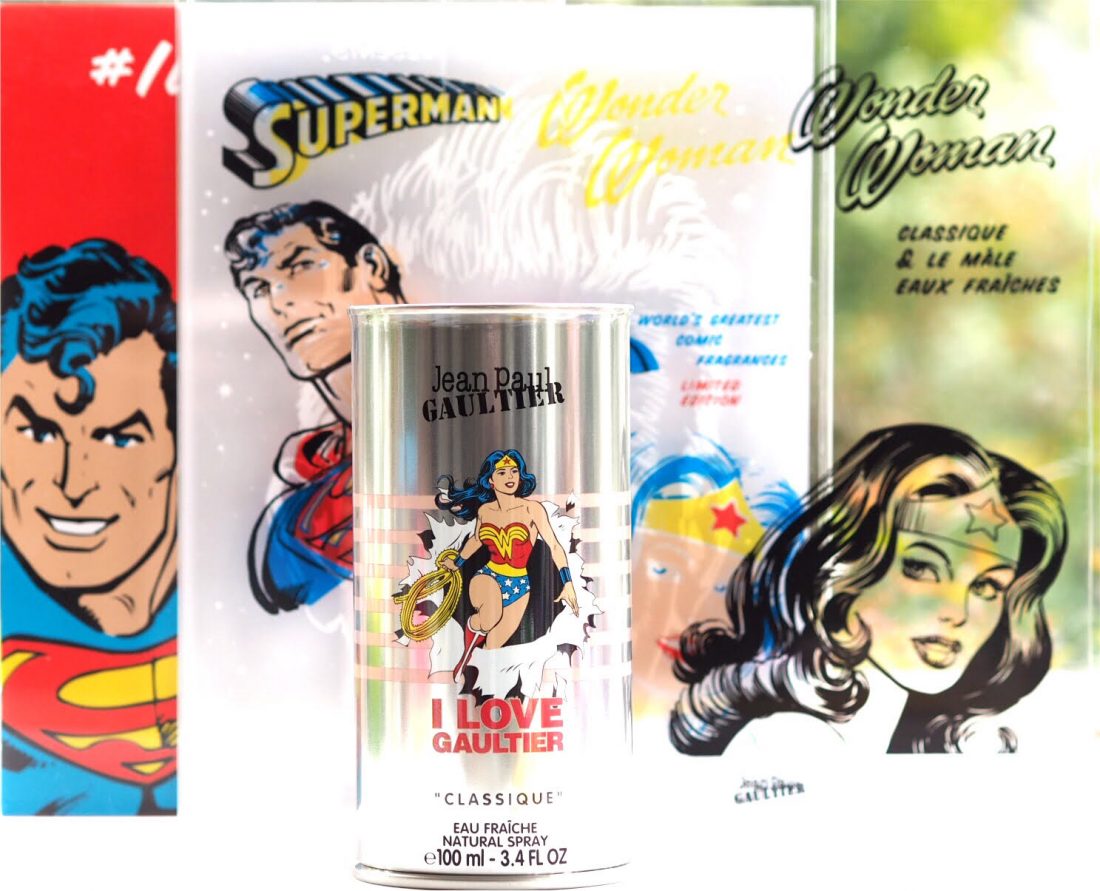 Wowzers… if they’re giving prizes for packaging, gold trophy right here I reckon, despite Wonder Woman’s untimely end to her UN Ambassadorship last year. Yes, of course they should have chosen a real woman as a role model. But, she’s very nice on a fragrance bottle that’s gone all out for bling and wow factor.

In terms of the fragrance, it’s been such a long time since I’ve smelled the original version of Classique that I can’t really tell you the difference. The Eau Fraiche obviously is lighter; it’s sweeter than I thought it would be with lemon, sugar and hit of sugar cane juice (never smelled that in real life – has anyone?). What’s appealing about it to me is the tiare flower, jasmine and orange blossom, all of which are winners for that sexy floral thing. It’s got a bit too much vanilla in the base, but if you like vanilla, that’s obviously a win.

As you can see, there’s a Superman version for men. I know that back in the day, these bottles were very highly collectable but I think they come out in such numbers, it’s not such a thing any more. There’s only value in collecting if the fragrances are very limited. It’s obviously a collaboration between JPG and DC Comics and I rather like these characters brought back to into the forefront of my mind (absolutely cannot wait for the Uniqlo/Snoopy collaboration coming in May).

I’ve had a scoot about on the internet and Escentual have it for the lowest price at £61.60 (compared to £68 at most other places). You can find it HERE.