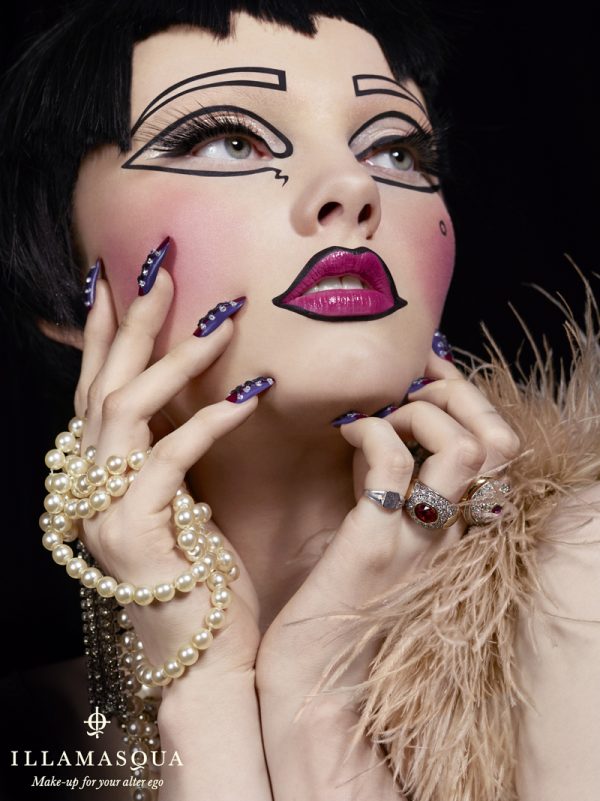 There’s only so much a brand can ask of its customers, I think. Illamasqua issued a release saying they’d never knowingly sell their products to Trump supporters. I can’t decide if this is a cynical ‘look at us’ ploy or if they really think it’s appropriate to use their influence to such extreme in politics. They’re also asking their customers to sign an anti-discrimination pledge which is ironic since they’re blatantly discriminating against people based on their political leanings.

Illamasqua believe in the freedom of expression, equality and diversity. That’s why we are horrified by President Trump’s actions to date. We refuse to remain silent while extreme right-wing populism gains momentum… wherever it is happening.

I got quite annoyed at beauty social media influencers during the elections: guilting their audience into voting Labour, mainly. Educate, by all means, give good reasons why you vote the way you do, but it wasn’t, in my view, the right way to use your beauty influence to what is largely a young audience. There was definitely a tone of ‘vote the same way we do otherwise you can’t sit with us’ going on. It didn’t feel appropriate, in the same way that these Illamasqua political punches don’t feel appropriate in their delivery or environment.

To be part of our community, and to buy our products, you must first pledge to Human Fundamentalism values:

These are all awesome life rules to live by to be honest, but asking people to prove they’re worthy by signing a pledge before they buy? Many people I know already are all of the above – in fact, most of the people I know. But I think most wouldn’t want to sign a pledge of their betterness to prove it.

I know exactly where I sit re Trump. Exactly. And, I know exactly where I’m at on extreme right wing views and actions. But, if using power to control is something you may accuse him of, Illamasqua have played a perfect Trump card. Education and persuasion, in my view, are better ways to reach and teach your audience, especially if you preach tolerance at every turn, not ‘do as we say or you can’t be in our gang,’ which is actually highly intolerant.

By all means throw your punches – in fact, it’s good to see brands having a view point and try to make changes. If you check the Illamasqua blog, they’re genuinely speaking for people with no voice and highlighting inequality across gender and race, which is in keeping with a brand that has never shied away from embracing diversity. But I’d like to have seen more context without the aggressive statements. I understand the sentiment but not the delivery.