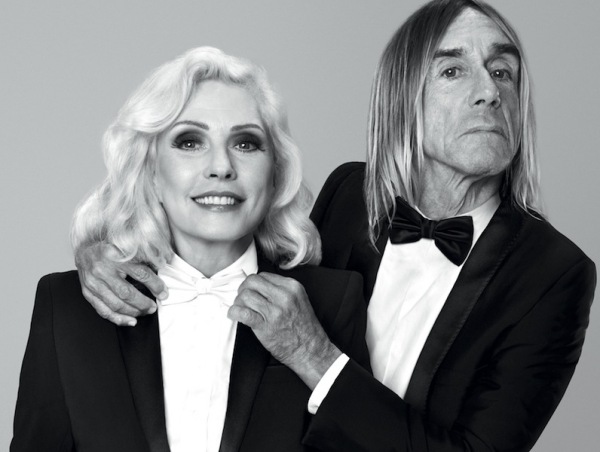 I’ve honestly never even tried the Black XS Be A Legend fragrances from Paco Rabanne – they’ve never been anywhere near my field of vision, but I’ve certainly taken some notice now as two rock legends are signed as the faces. Iggy Pop and Debbie Harry have been chosen for Black XS Be A Legend For Him and For Her respectively, and I love that they’re full of as much attitude as ever!

I came across this picture of the pair back in the day (taken by Chris Stein) and they don’t seem to have changed all that much! Apparantly the pair have been genuine friends for years which adds another dimension to the pictures.

If you’re at all interested in the fragrances, Black XS Be A Legend For Her has notes of hellebore, black vanilla, patchouli and oud which sounds like it will knock you out completely unless you’re near an open window, and For Him it’s a blend of leather with what are described as ‘calming’ notes of lemon, orange blossom, honey and cinnamon. I think there’s something odd about including calming notes in a man’s fragrance – surely the olfactory equivalent of valium in his tea.