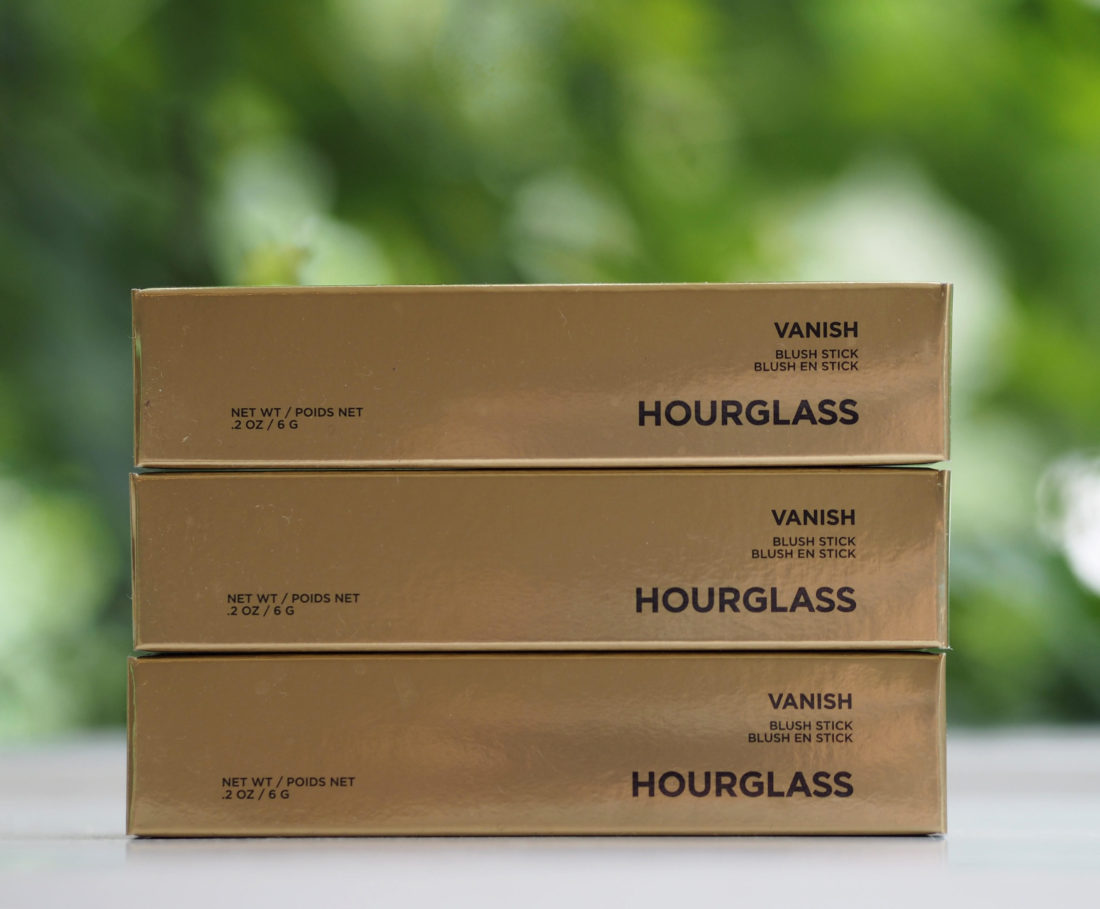 [unpaid/sample/affiliate/ad] I’ve realised that sticks, in several forms, form the majority of make up that I use. I need to say, ahead of the post, that these are really quite pricy at £45 each, but I’m realising more and more that Hourglass is positioning themselves very much at the luxury end of the vegan beauty market and I think that could be because that section is emptier than the many mid-price vegan brands. However, you do get more bang for your buck in the form on skincare ingredients built in and generally speaking, a reliably strong performance.

I think if I was to bring out a make up brand (never would) I’d make sure that it was fingerprint proof! I say that as someone who has to polish everything before I photograph it and even then, a few marks get through most often on days where I don’t have the will power to start snapping again. As you can see though, it’s a premium finish and quite a chunky blush.

The triangular nature of the stick is supposed to more precise application but I didn’t find that so – perhaps if you’re contouring it could make a difference but just for a cheek finish that gets blended out after anyway, it didn’t really. That said, I like the change up and point of difference.

The shade selection is split into three more neutral colours and two brighter shades that will probably work very well on deeper tones. The coral red shade is just delicious – it’s called Revel which seems appropriate – I’ve had it on my cheeks at a very low level (I mean, whisper it at the skin) and it gives a cherry flush that wakes up the whole face. Actually, I took my brush lightly over the tip of the triangle and applied it that way so I didn’t go over the top and I’d do the same with the blackberry hue of Adore, but otherwise would go straight to skin and blend from there.

The finish, by the way, is creme to powder, so if you’re not a fan of dewy this is for you. It’s very, very intensely pigmented and a little goes a long way so I suppose you could say on that basis, you buy for longer last, rather than something you’d run out of quickly.  The other advantage against dewy blushes is that these have really good staying power on the skin because there are less oils in the mix to wander off, and unusually for a creme to powder, it’s weightless. Above, in the swatch from bottom to top: Adore, Loyal, Wonder, Sacred and Revel. You can find them at SpaceNK HERE, non-affiliate link HERE, and there appears to be good stock of all of them.