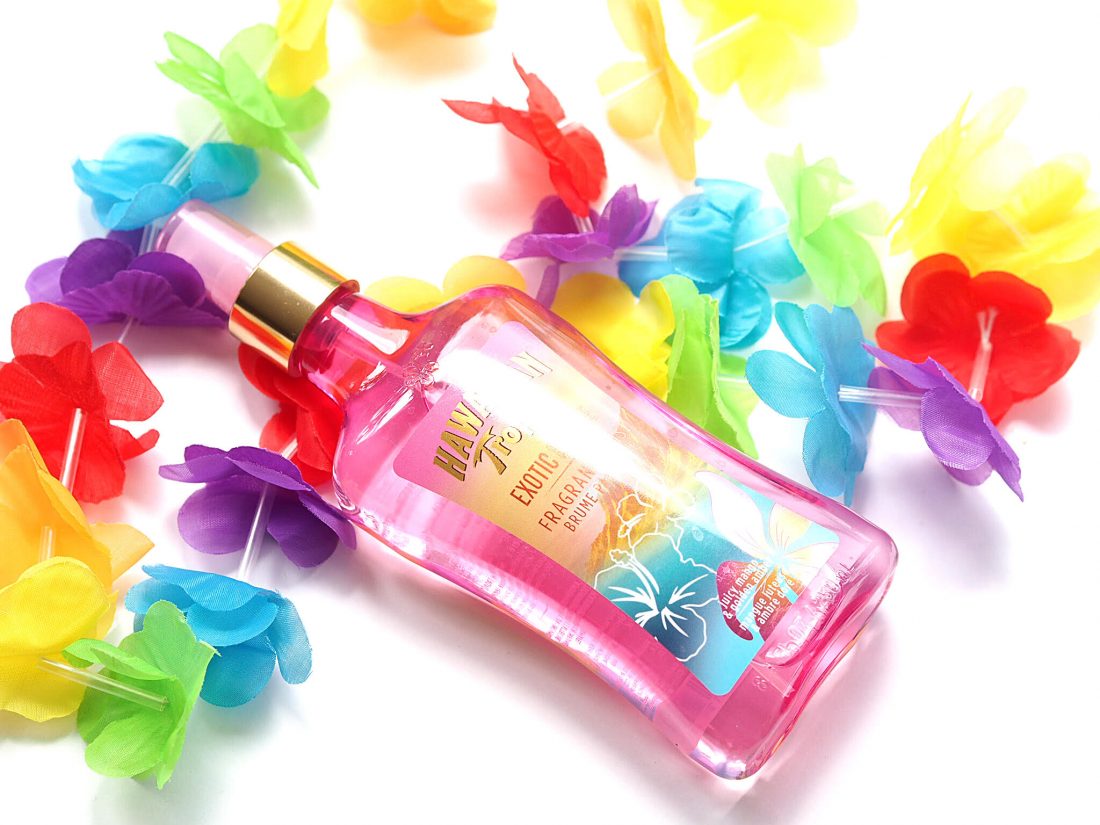 Nobody is claiming fine fragrance on these – they’re just fun, fruity and I don’t think have ever so much as been wafted past a real, live mango or raspberry. But, they’re actually so fake they’re kind of fabulous if you like a blast of gourmande-ish, super-sweet, smile maker. The two new fragrances, Tropical Oasis (blue) and Exotic Breeze (pink) nominally have top, bottom and middle notes. Tropical Oasis is nectarine, coconut, raspberry sorbet, jasmine and papaya, to name a few, while Exotic Breeze has mango, pineapple, mandarin, orchid and amber.

I’m guessing that these are aimed at the teen market, which isn’t to say that teens aren’t discerning, but I can see how they have a kind of lollipop and bubblegum appeal. Something about the bottle made me think of fabric freshener and I think I might spritz them over a beach towel which might be rather nice – especially if you have the pleasure of actually being on a beach – but after that, personally I don’t think I have any use for them. The two new fragrances don’t launch til June (maybe you need a searingly hot day to appreciate them more!) but there are already variants on line from last year at £10 each.