Ever wondered how exactly it is that you can find make up and perfume ‘for cheap’ on line? They’re not fakes but they are selling at below RRP and represent a great bargain for the consumer, but not so much for the brand. Welcome to the Grey Market, where products are (usually) legally bought and sold for well under the price that regular outlets have to pay. It’s a little bit of a murky area that nobody really wants to talk about much, not least because there are two sides to Grey Market and neither of them are particularly pretty. But one insider gave me the low down on how it works.
Bear in mind that with Grey Market products, you will have no idea of the origins of the product and therefore no idea of its age: that doesn’t matter with long shelf life products like powder eye shadow, but it does with foundations and mascaras especially.  The definition of Grey Market is a market where a product is bought and sold outside of the manufacturer’s authorised trading channels, or in other words, sold in places that it was never intended to be sold. That is in distinction from Black Market where products are often stolen or counterfeit. Grey Market isn’t just a beauty product thing: it occurs in every single aspect of retail from cameras to socks.
The reason there is a demand for Grey Market products in the first place is because luxury brands (in particular) keep a very tight control of their distribution in order to take the best level of profit. In fact, some would say that brands who are very heavily controlling over where their products are sold do this to allow them to keep prices high or inflated which clearly isn’t good from a consumer angle. But try as they might to counteract the Grey Marketeers with solutions such as sophisticated coding for tracking, the GMs go one better; often ‘washing’ the products of the coding by repacking before selling.
For the entire Grey Market system to work, a lot of ‘blind eyes’ have to be turned from the factory floor to the retail outlets. A good example of blind eyes would be that Prada fragrance ended up on the cover of the Argos Catalogue some time ago…the irony of that is that it really wasn’t much cheaper than in authorised stores.
So, who is turning these blind eyes? For a start, some well-known brands release excess stock onto the Grey Market willingly, but they don’t shout about it, obviously. There are even department stores that are easily able to purchase products as authorised stockists, but they let a proportion of the stock go knowingly into GM and they make a profit doing so. So, let’s say that a retailer sells 100 units of X brand per week. They order in 200 and let 100 go to the shop floor and the other 100 to GM. Weirdly, the store doesn’t need to balance the books on this because they don’t need disclose that information and because of the way the accounts system works it is easy to ‘bury’ the products sent out to GM.
Grey Market traders buy their stock from all over the world where there are price or currency differences – often they take a very scant margin of profit but when you factor in high volume for products such as Touche Eclat or 8 Hour Cream, profit will stack up. Even some factories side-line a certain amount of product to GM distribution.
However, if prices for perfume and beauty weren’t so high in the first place, there would be no demand for GM. Buying from an authorized retailer is the only way to truly guarantee stock quality. I actually saw some pieces from Pout knocking about on the internet the other day and the company closed in 2008.
Buyapowa, where a bidding process takes place to reach the lowest price, recently sent out Clarisonics with SpaceNK stickers on the bottom and also Chanel products all wrapped in Chanel bags and ribbons. It is highly likely, although don’t quote me because I haven’t had it in writing, that neither Chanel nor Clarisonic will have had any clue that their products were being sold on a bidding site. And, I’ll never know whether they were destined for SpaceNK and never made it there or if they were ‘let go’ by SpaceNK, or even if there is a perfectly rational and irrelevant to GM explanation for the stickers.
One press office I spoke to said they regularly order in say, 200 samples of a product but only 150 ever turn up. They can never track exactly what happened to those missing 50. From the brand’s point of view, while they try and forecast exactly how much product is needed for retail sales, it isn’t an exact science, and department stores do not like over-stock; they literally don’t have room to keep it. So, if a product doesn’t sell as anticipated, the excess has to go somewhere. Some brands will use controlled giving to charity, while others just release the excess into the Grey Market allowing the consumer to purchase exactly the same product at a lower price while skimming at least a little profit from the Grey Marketeers.
So, you see, it isn’t straightforward at all. Consumers want – and deserve – the best possible value for money. Brands want – and deserve – to control where they sell for the maximum of profit (a non-profit making brand is dead) to keep offering diverse and new product ranges.

There isn’t seemingly an answer. Grey Market just is what it is and I can’t see it’s going to disappear any time soon. 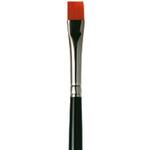 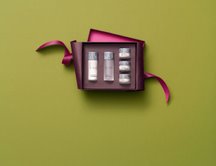 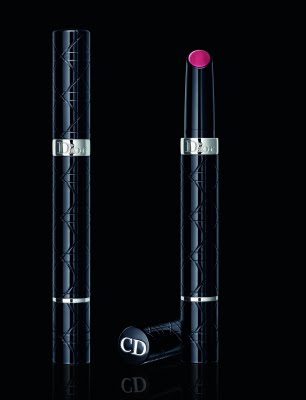 Something Pretty For The Weekend: Paul & Joe Lipgloss