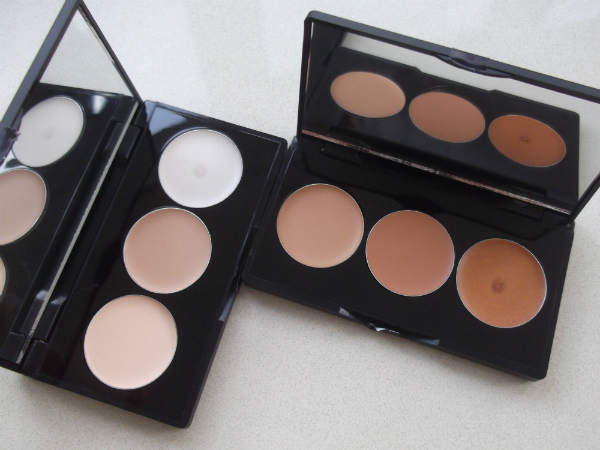 Okay, well I am just going to ignore the BB element of these otherwise pretty fab concealer and highlighter palettes. I’ve rather lost the plot since the L’Oreal BB Blush as far as what BB means – it seems it can mean pretty much anything or nothing, so unless there is concrete evidence that a product has BB elements – proper ones – it’s as though those two letters were never even mentioned.

So, the concealer palettes – I like that these take into account that one concealer doesn’t do everything. Skin tone is so variable in different parts of the face (the sides of the nostrils for example will be entirely different in tone to dark under eye circles) so the option of two is good. The highlighter is a nice addition, but actually I think I would rather have seen a third concealer shade, or even a contour shade.