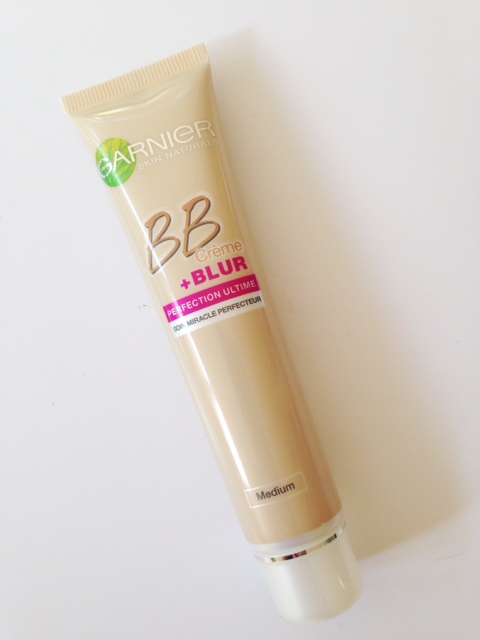 I’m such a fan of Garnier BB creams in general – it’s daily use at the moment, in fact. So, while it’s not exactly a given that I’d love this, chances were high. Sure enough, it’s a natural fit for my skin. If you already like Garnier BB creams, then it’s the same formula but with a bit of added blur. When I tested it out, I noticed it definitely improved the look of pores over my nose and the effect was quite long lasting.

The shade above is medium (it comes in medium and light) and while it looks a little scary, blends down onto my olive tone really well.

I’m not sure I’ll replace with my current favourite, which is the Daily All-in-On BB Cream (which, interestingly, already claims a blur effect) but I can see that I would like it as a perfector under a foundation or as ‘weekend’ makeup. The texture doesn’t have a heavy silicone feel at all and it’s not drying either – in fact, it’s quite fluid for a BB. I think the newer style blur textures are so superior to the old ones they’ll probably become standard in all BBs.

Garnier BB Cream + Blur is £12.99 which I think is a little on the high side, and it’s already launched HERE.