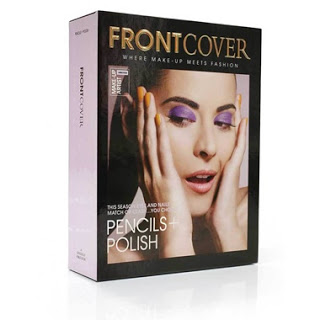 I really like the Frontcover concept; everything all in one box at a reasonable price to get a trend look with a good quality of product.

Frontcover is one of those new(ish) brands that has been mercilessly copied by others and despite selling out in Boots who took the brand on initially, they are no longer there. I’m not a mind-reader, but I am guessing that something similar may appear as an own-brand this Christmas as it did at Superdrug last year.

I know all is fair in love and war, etc, but Frontcover are a particular example of how small brands really struggle against the relentlessness of the big guys. And it is just SO shabby. Very far from supporting creativity and newness, it’s the opposite. It’s test-running someone else’s concept and if it works, then the bigger retailers find a way to do it themselves for less and ditch the small brand. It’s just mean.

So, I’m really glad for Frontcover that they’ve been scooped up now by Sephora and also have their own retail website that means we don’t have to support the pretenders, but can actually get our hands on the real thing. Frontcover isn’t an expensive brand and it’s pretty forward thinking so my money goes there. The Frontcover site is HERE