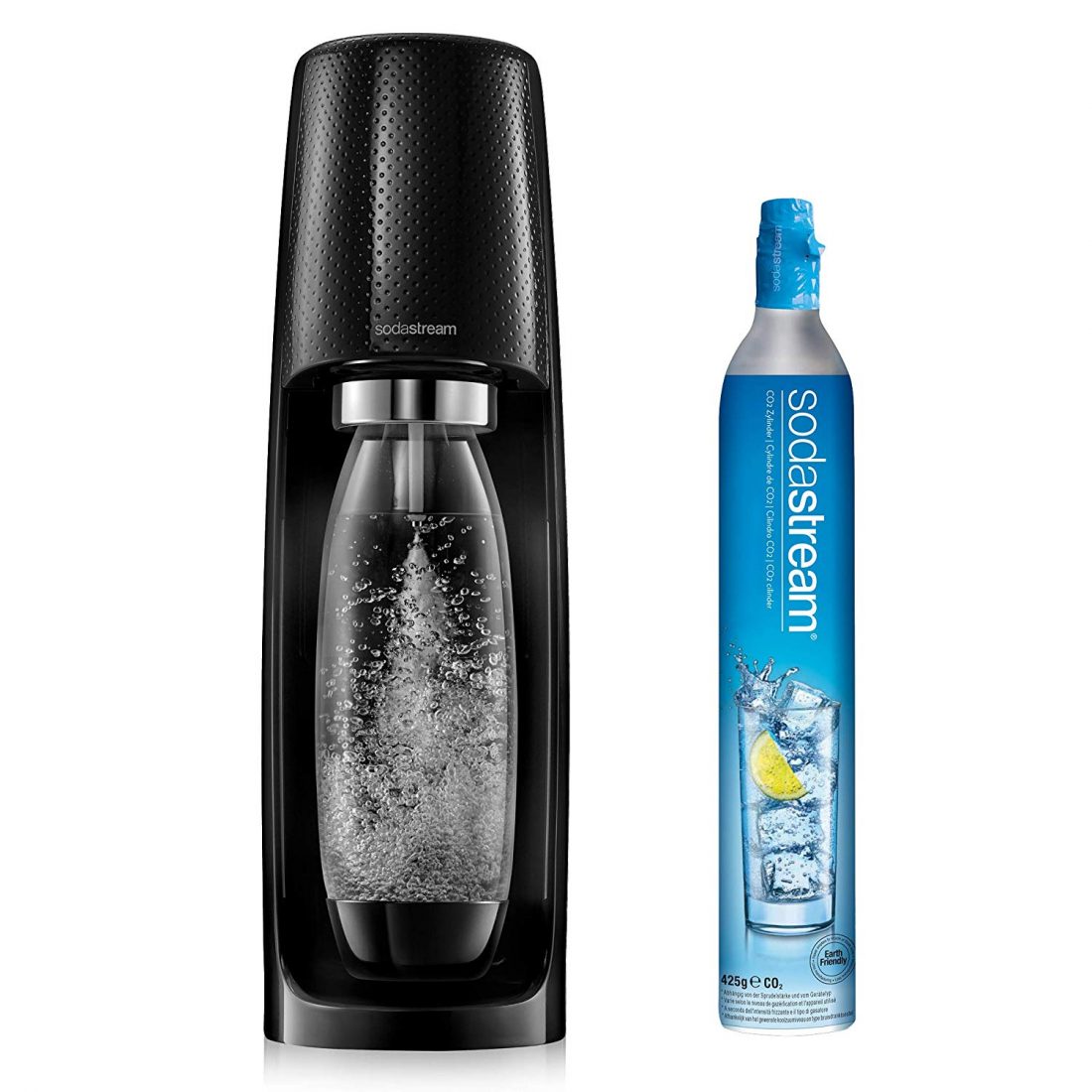 I was given a SodaStream for Christmas and it’s turned out to be the best gift ever. I love fizzy water – I’d always rather have the water with a bit of happy in it than not but had always been mistrustful of SodaStreams as perhaps not delivering enough fizz or being fiddly or … well, I don’t know what. I just didn’t really want one. But, that meant that I was buying (or, more accurately, sending Mr BBB to buy) fizz in bulk which was accumulating a lot of plastic waste. Like everyone, the plastic message was slowly seeping into my mindset and my fizz was becoming something of a guilty pleasure with more guilt than pleasure.

So, Lucy bought me the above SodaStream and it has proved worth its weight in gold. And you can go mega-fizz with it – far more bubbly than store fizz. At first, I wasn’t using it properly because I wasn’t pressing down on the button hard enough and couldn’t understand why everyone else in my family had major fizz and mine was so minor but once I’d worked out what I was doing wrong, it’s literally three blasts of the button and there you have it. Because I didn’t use it properly at first, I burned through the first gas canister really quickly, but the second has lasted about three weeks so far and is still going strong. So, the canisters are the only downside to this – you have to get them refilled (we have a general store locally that does it but you can get it done at Argos) or buy new. There’s very little difference between a refill or a new canister – about £2 – and a refill costs about £12. But, even then, it’s little compared to what we’d spend on shop bought fizz as a family.

Because we have London water, I prefer to use filtered water so am definitely refilling the filter several times a day more than I used to but it seems petty to find that a faff (I do 🙁 ) when the benefits are so manifold. The other thing is that I like my fizz from a bottle – so stock up on bottles. Oh, that’s the last downside – the bottles aren’t dishwasher safe so you have to rinse them in the sink. It seems a strange thing to feature on Friday Treat instead of something lovely to wear but I’m so pleased with my SodaStream and also so pleased to be using far less plastic so I thought it was worth flagging. Amazon has an offer for the exact one that I have (HERE) for the SodaStream Spirit with one bottle and one canister, but I’d advise getting an extra canister and at least two extra bottles. It’s reduced at the moment from £99 to £49.