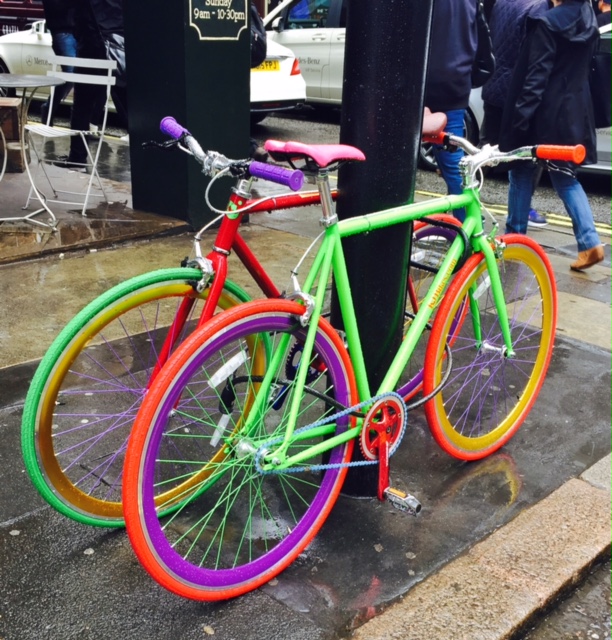 I honestly never thought I’d write a post like this, but this season’s fashion week, for some reason, highlighted the blogger take over – and not in a good way.

It’s maybe the change of venue – LFW used to be at Somerset House which was somewhat more spacious than a car park in Brewer Street in Soho, so maybe it’s just that there had to be more people in less space. But, not only was it very difficult to push through the on-lookers to get to the space (and god help you if you were in a car!), but it intensified the fact that we’ve forgotten what fashion week is all about.

When bloggers first started attending fashion weeks, they energised it; they stopped it being so elitist and stuffy and opened their reader’s eyes to a world that was hitherto closed. But, slowly, slowly, it’s stopped being about encouraging and supporting fabulous fashion and engaging audiences with an exciting new take on the previously unreachable. It’s stopped being about the designers and become all about the selfies. Fashion week, blogger style, is about being seen, being able to say you were there, Instagramming and Snapchatting yourself on location. Obviously, this doesn’t apply to all – we have some incredibly good and serious fashion bloggers in the UK who understand fashion brands to their core; and they really couldn’t care less if they get their picture anywhere or if they made ‘frow’. They just want to see and appreciate the threads.

The point of Fashion Week is basically to act as a trade show – fashion shows cost a fortune to put on (although many fashion brands wouldn’t be able to fund a show at all if it wasn’t for beauty brands sponsoring them, but that’s another story) and it’s the designer’s time to show all the buyers from all over the world what they’re made of. Buyers buy. If they can’t get into a show because they can’t break through a crowd of selfies, they’re buying nothing. If it just becomes too difficult to attend what is essentially a business deal, and buyers stay away, the fashion business could break.
I went to one show this year – and please bear in mind that for most of us, ‘doing a show’ means being allowed backstage to take some pictures, not sitting next to Anna Wintour on the front row, and it was one that was entirely relevant for my site. As I watched the models going down the runway, the front row was studded with MIC. In my view, that’s a row for fashion trade journals, buyers and industry movers and shakers – people who can keep the financial aspect of the fashion industry going.

This is the first fashion season where I’ve thought that it’s maybe not appropriate for it to be blogger bagged when the bloggers have forgotten the roots of the event. Or, maybe never knew it in the first place. I wish now that I’d stopped and asked a few of them if they knew exactly what Fashion Week is for. I’m just guessing that maybe the financial and business future of designers and brands maybe wouldn’t have been the answer.

I used to be so scathing about journalists who complained bitterly about the blogger take-over of fashion week; now I think they had a point although it will never be clear whether it was a case of ego-bruising or a real concern for the fashion trade.