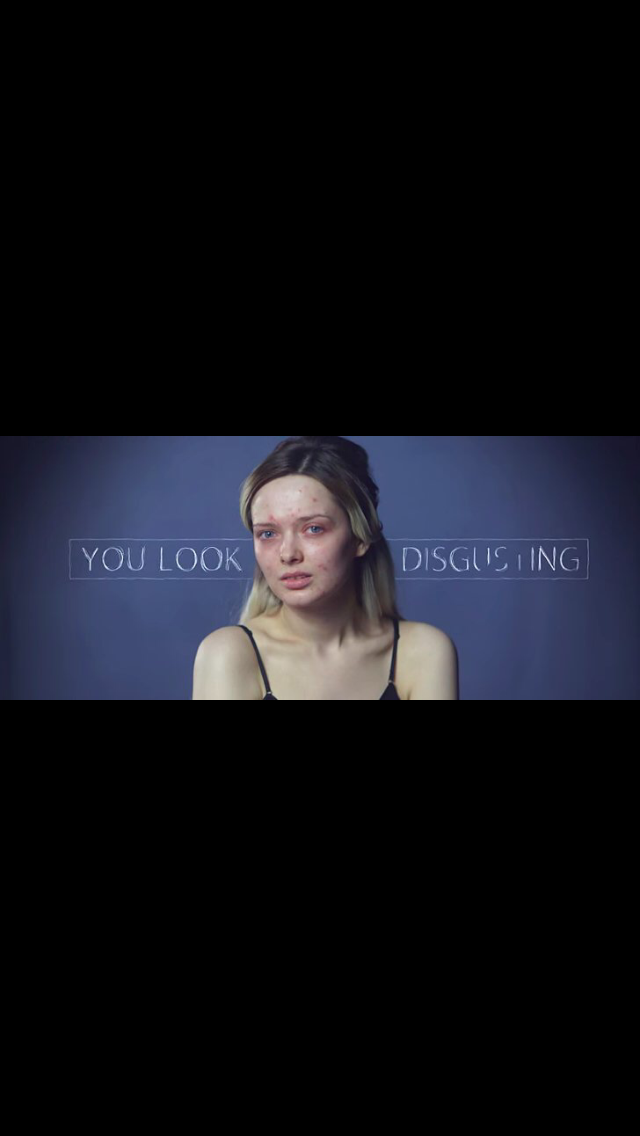 I watched Em Ford’s incredible You Look Disgusting video last Wednesday at 343 views and knew then that it was heading for viral. When she popped up on this morning’s BBC news with a prominent dermatologist, I found myself listening to every single word she said, and not listening to the dermatologist, who had very little to offer for those suffering from acne. 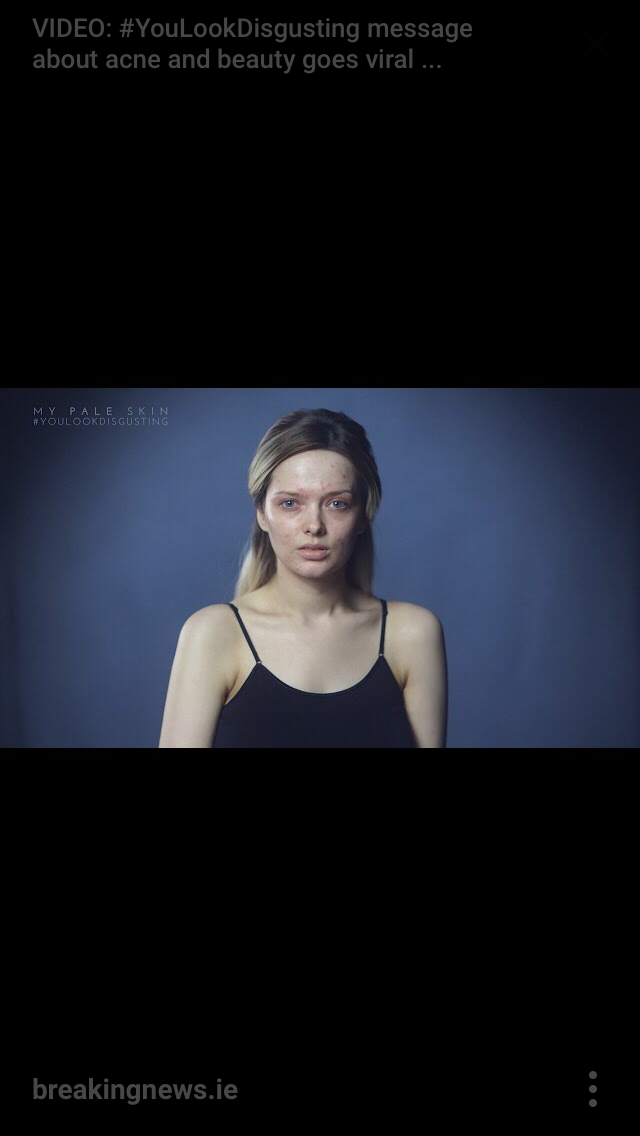 If you haven’t seen the You Look Disgusting video, it’s here and very well worth a watch. It deals with three things. The emotional effects of acne, the physical effects of acne and the devastation that can be caused by on-line commentary.

You can’t be on-line and not know about trolls (which is rather too gentle a word) – people who feel they have the right to insult and offend. You put yourself out there, so you’re fair game, right?

Em’s video is powerful because she’s used real comments throughout that shows just how spiteful people can be and how they find it so easy to deliberately be hurtful. Em’s point on BBC News this morning is that just because it’s internet doesn’t make it less devastating to receive those comments.

There are internet sites entirely dedicated to being negative about vloggers and bloggers. It’s not really the comments that are shocking per se, but more the arrogance of the people who genuinely feel they have the right to make them. I’ve certainly had my share of negativity – according to them, I’m rude, arrogant, face like a dog, old, sour – I could go on… and it’s always a shock to read things like that about yourself (literally, it makes your stomach lurch). But they have far less impact than those who leave little drops of acid directly on my blog. Those who try and catch you out at every turn, who use words cleverly to knock your confidence and those who feel that it is absolutely their right to “bring you down a peg or two”.

In comparison to Em, I have nothing to complain about – nothing at all. We have a generation that doesn’t know life without the internet and we’re dealing with a sense of entitlement around judging others that is entirely new. In The Times today, there’s an article on being judged by prospective employers by how you appear on line. This is now absolutely normal, and yet, because the internet can make you fearless (you don’t actually have to front up to a real person), that lack of foresight or faux bravery could very easily affect your entire life going forward. It’s really not terribly difficult to track trolls and over time it will become easier. If trolls are absolutely determined to be anonymous, you have to weigh up the time it would take to track them vs deleting their comments and generally it’s easier to delete and get on with your life and leave them to their empty and bitter ones. I am constantly questioning what kind of person it is that is happier for making someone else unhappier.

Finally, why is more not being done to address the causes of acne and find treatments that actually work? Every single time you hear a dermatologist talk on the subject, there is no easy answer. Your skin is not your story, and yet, acne makes it so because it’s the first thing that anyone sees. There must be answers – there absolutely must be, and still it’s so far down the line for solutions. I understand that acne has serious competitors for cures – after all, it isn’t life threatening. But it is the difference between life fully lived and life half lived.

We will never stop unhappy people spreading their vitriol and anger at life across the internet. But we can do our own bit to redress the balance – for every negative, find a positive. Be the person that doesn’t judge others by their skin. Most importantly, watch Em’s video – she’s making people in their millions sit up and listen and if anything can create change, it’s that.