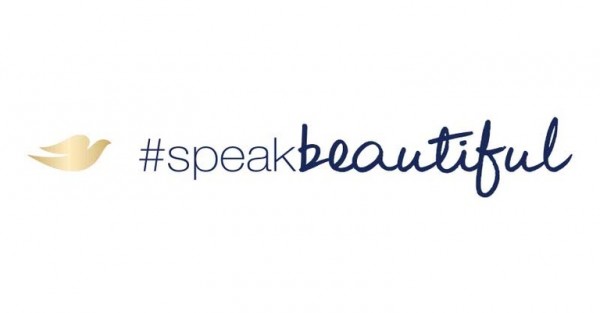 I can’t think of one single aspect of my blogging life that wouldn’t be a whole lot easier if I loved everything. But, as it is, I don’t, and I really can’t see how it would be of use to anyone if I pretended that I did.

I’ve spoken out about Dove Campaigns in the past, which is a case in point – Jesus, I’ve stood in front of 200 people at a brand conference, whipped off my top and showed them my armpits in a general state of hairiness and unkemptness to prove that I don’t think being ashamed of your armpits is a brand message anyone should be giving out. To my mind, Dove is wolf in sheep’s clothing – they just keep on ‘positive messaging’ in an attempt to make us buy more Dove.

The Age Without Apology Campaign
CHANEL Eye Campaign With Angèle

The current campaign, #SpeakBeautiful, running on Twitter, uses research that found women are negative about their bodies on Twitter. So, Dove decided to send affirmation messages to everyone posting negative comments about their bodies. In the UK, we are notoriously self-deprecating about ourselves, and as women, we see every single flaw – we look at ourselves with the same intensity as the magnified side of the mirror, when absolutely nobody else looks at us that way.

We view every crease, every hair, every spot and every curve as something wrong with us. We are our own worst enemies. But, if we look at why we do this, it’s largely attributed to unattainable beauty ideals from the beauty industry in the first place. So, a flawless face is the best face, a skinny body is the best body, legs up to our armpits are the best legs – and so on. Anything less than the ideals that we’re served up is taken on by us as our flaw. It must be us that there’s something wrong with, right? Because it couldn’t be airbrushing or digital enhancements or brand concepts of what is beautiful and what is not, could it?

Cindy Crawford did a stellar photo-shoot recently that let us see her body as it really is and I love her a bit for that (NB: update – looks like that photo may not be real – but either way, it’s a good example of what real bodies actually look like). She is quoted as saying, “if women would treat themselves with the same kind of love they give to their friends, that would be a great gift…” And there, she’s bang-on. We would never say to our friends what we say to ourselves regarding our faces and bodies. Never. Just have a go in your head at saying to your best friend what you feel about your own body as though you were saying it about hers.

“You’re too fat, and your nose is wrong for your face.” “Your skin looks awful today.” “It’s a shame your hair is so thin – otherwise you’d be quite pretty.” See – unthinkable.

So, what business it is of Dove’s to wade in on Twitter with some cringe-making ‘positivity’ messages when they’re so much a part of the problem in the first place, I really don’t know. “Try to say something nice about yourself today. You are beautiful,” “It can feel like culture has one definition of beauty, but it’s our unique qualities that make us beautiful,” and “Surround yourself with people who make you feel confident. You are wonderful”. It’s also worth noting that self-esteem issues can’t be resolved with verbal candy floss – they can be serious and part of a bigger picture.

Dove would have more legs to stand on if it wasn’t part of the same corporation (Unilever) that makes Lynx (we’ve never seen an ‘imperfect body on those ads), and Axe (see feature by Caitlin Dewey at the Washington Post here). On their corporate website, their message is “On any given day, two billion people use Unilever products to look good, feel good and get more out of life. That message clearly says, if you look good your life is better. You know what, Dove, life does not belong to the pretty people! I very rarely use ‘face of’ pictures because they’re re-enforcing the unattainable. And, mostly, I don’t even know who they are – nor do I care. I don’t follow celebrities very much at all (sat next to Liam Gallagher without a clue) and to be honest, they’re under the same pressures as the rest of us, only amplified.

Bloggers have a unique insight into how women feel about themselves – it’s not gained by Twitter research or hours spent in a lab – it’s gained by intuition, talking to and noticing other women just like us, watching conversation, news and opinion on social channels, understanding reactions, having a diverse audience that we listen to – I could go on for the next whole page! One thing I have spotted about the Dove Twitter campaign is that there’s no real conversation going on. There’s a format to it – they’re not being ‘social’ as such – but more getting their stock answers out so they’re heard, but you aren’t. There’s no re-tweeting or empathetic human aspect to this. I’m pretty sure there’s a sheet of standard answers because it’s not intuitive at all. I’m imagining a team of interns tweeting from a crib sheet.

Bloggers don’t need an agency to formulate standard responses – we talk in real time, with real feeling and real empathy with women just like us. We don’t talk ‘at’ anyone.. we talk with. Bloggers are, and have been for years, doing that ‘thing’ that all brands want to be able to do – but because they’ve got something to sell, and we haven’t, will probably never, ever be able to do it in the way that we can.  Dove needs to untangle its messages (you’re beautiful just as you are – but you’d be better with even skin tone under your arms), stop using agencies that can only provide them with some standard (no doubt psychologist approved) platitudes to fling out at unsuspecting Twitter followers and understand what it is to truly respect real beauty.

Until that’s done, I don’t think any woman having a bad hair day is going to feel remotely better because a Dove-Bot tweeted them.

I always wonder why brands go to agencies who clearly aren’t bloggers or vloggers and ask them to replicate what we’re doing instead of asking us.