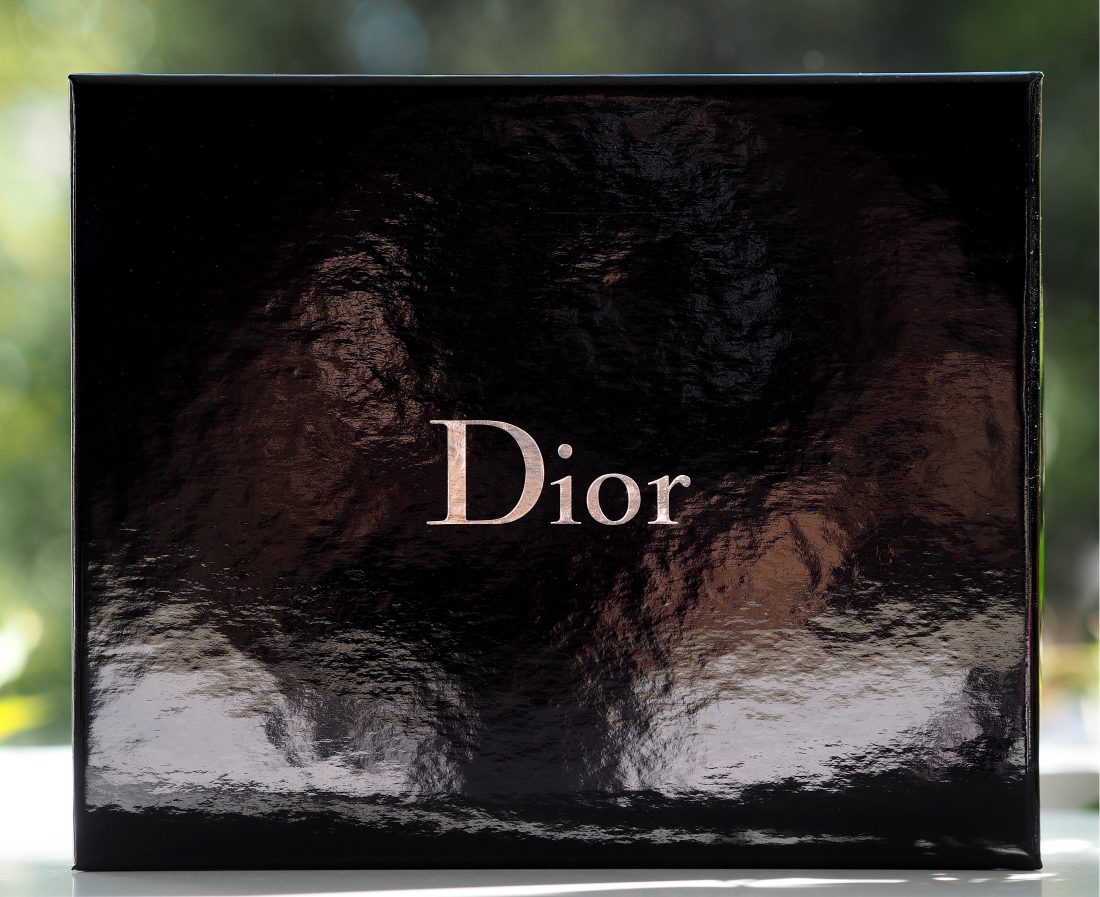 This palette pays homage to Mitzah Bricard, muse of Christian Dior and also head of Dior Millinery in the late 1940s. There’s a fabulous article at BBC Culture HERE which explains not only the most influential women that shaped Dior fashion but also Coco Chanel’s scathing view of her competition. Mitzah Bricard was very fond of animal print – in fact, the most famous pictures of her from the time almost all feature her in her beloved jaguar print.

This palette also appeared (after Lady Dior from yesterday) in 2011 and I can’t help thinking that either one was pushed forward or one was delayed because it’s so unusual to have two in one year.

This is an eye palette – in the Jungle panther print which still appears (accessories such as sunglasses and hats mainly) now.

Apart from the obvious faff of picking up individual shades for which you’d need a fine brush, it’s really wearable for a dark brown smokey eye. At the time, this limited edition palette was $90 – I’ve seen in on Amazon resale for $199.