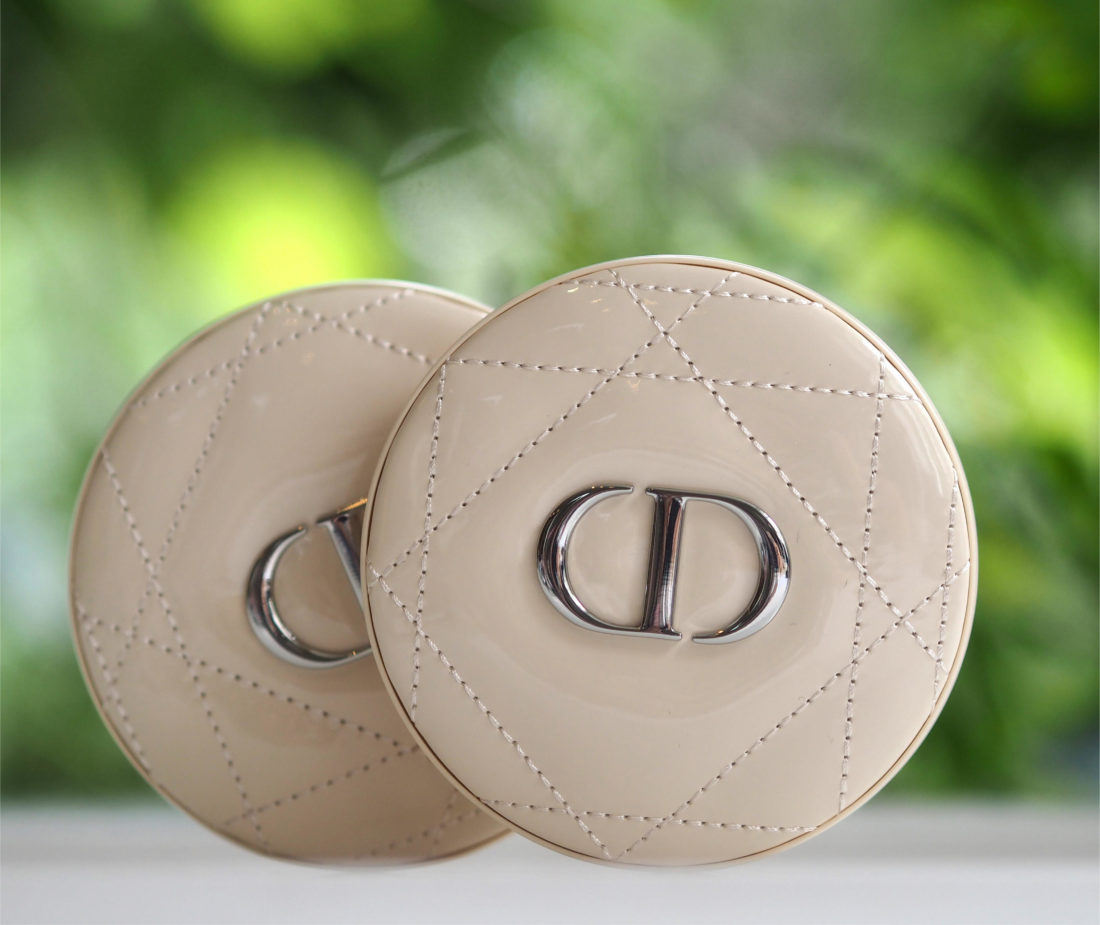 I’ve really been looking forward to seeing these luminizers not least because I love the quilted discs they come in that replicate the Dior cannage stitching design seen on their handbags. The finish on these is spectacular – an immediate hit of light with just the lightest of sweeps.

They’ve come along quite late in the summer (such as it is) with six shades, all punchy with iridescence – Nude Glow, Pink Glow, Golden Glow, Rosewood Glow and Coral Glow. What’s different about these is the pigment ratio – there is a lot of ‘glow’ vs colour so you get a wash of pigment that’s highly lit with iridescent particles…I think you might say the shade is nuance and the glow is primary which makes the colour selection very flexible. The finish is almost water-like – it’s not at all a clunky ‘Instagram’ highlighter but more a finessed version of light-on-skin.

The single ray of sunshine yesterday shows you how radiant it is (while bleaching out the background).

The pearlescence comes from 95% natural origin pigments and there’s a dash of wild pansy extract which tends to be used in skin care as a soothing and healing ingredient. Shown above in the swatch is Nude Glow which is a bit of a champagne tone and Pink Glow which is the lightest possible pink. I’m easily seduced by the cushioned compact which look so lovely and feel perfect in the hand. They’re £40 each so definitely in the luxury bracket, but they feel like an upgrade on your everyday highlighter – very gifty, too, if you have reason.  They’re HERE, non-affiliate HERE (you get two samples with every order).