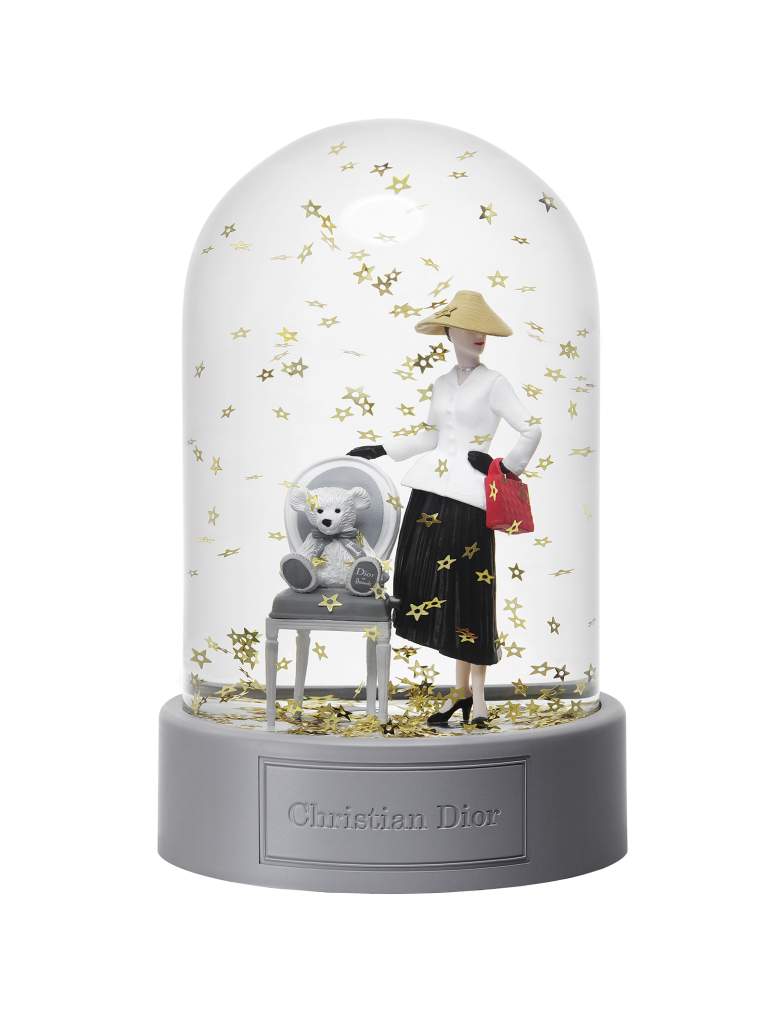 So, Dior is having a bit of a take-over moment at Harrods, starting on March 16th until 14th April, by filling the Harrods windows with all things Dior-ish. It will be quite spectacular with a crown made of Dior perfumes, Miss Dior riding on a big wheel and a reference to the British weather with a window full of rain drops made from fragrance bottles..

The snow globe above is just one of the Dior items in the special Dior shop. I have to have that.. come what may! (It’s £300 so I’m digging deep but I can’t not have it).

There’s also a limited edition make-up range; above, the Dior Claridges 48 Palette with two eye shades and a gloss, named because Claridges was the place that Miss Dior fragrance had its first big reveal.

The My Lady Palette above is a tribute to the Lady Dior bag, named for Lady Diana.

Of the two nail polishes above, Windsor is the most interesting: the Duchess of Windsor was a Dior fan – her husband apparently once said, “The Duchess loves Paris, for Paris is close to Dior”. Well, quite.