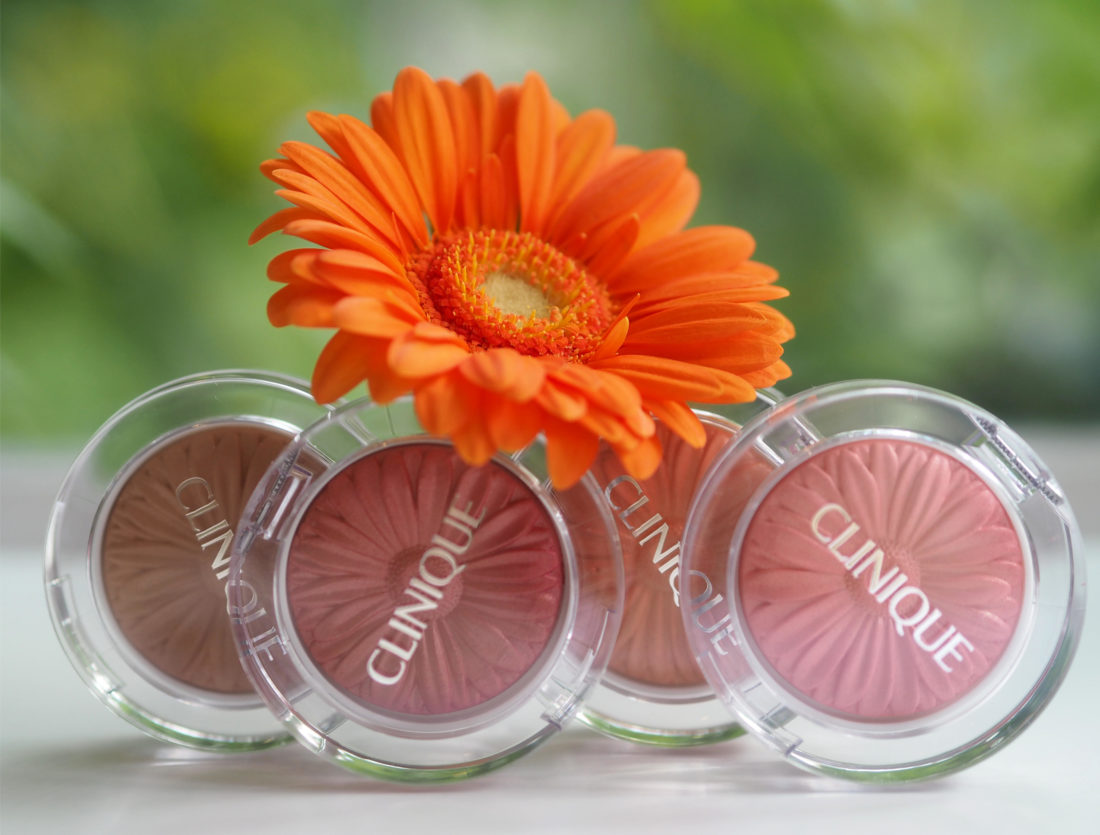 [unpaid/sample/affiliate/ad] Who doesn’t love a Cheek Pop? I remember when these flower inspired blushes first launched and they were such a departure for Clinique – so different and so pretty. I was a fan at the time and I’m a fan of the new pearl version, which for someone who doesn’t usually like any glitter, is quite something.

I say glitter, but they’re not really – they’re just more of a light-catchy, high sheen blush-highlight hybrid with some miniscule twinkles which will be very lovely indeed as the days get darker. Now we have restaurants back on the agenda, a little candlelight is the perfect accessory to these Pops.

There are six shades (stupidly I have only photographed five but I do at least have a swatch of the sixth) and I wonder if they were originally destined for a summer launch. I am seeing a lot of products that have something of a summery slant to them but no matter – it just goes to show that make up fits whatever you need it to.

Going round the clock from the pink shade at the bottom, it’s 04 Rose Quartz Pop, 01 Opal Pop, 02 Topaz Pop, 05 Ruby Pop, 03 Coral Pop. The shades are actually lighter on the skin in intensity than they look in the pots.

What I love about these pops is that they’re almost second skin in feel – there’s a dot of squalene and glycerin in the blend which is why it feels so complexion compatible. Generally, I prefer a creme or liquid blush to any powders but these have a marked difference in texture to your standard powder.