Clinique All About Eyes Autumn 2013 Preview 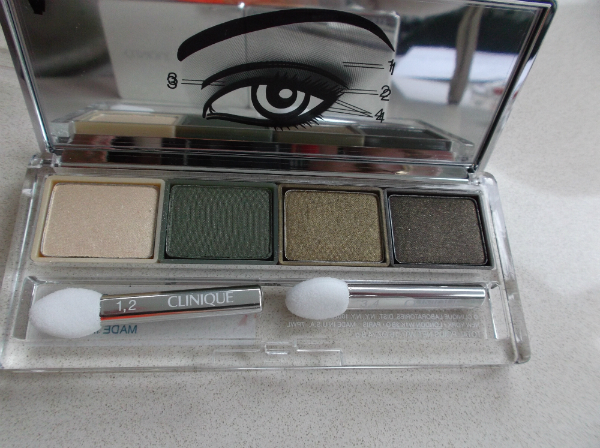 So when Clinique said that for Autumn/Winter they’re revamping their eye range, I must admit to being a little disappointed. I want palettes – new ones!! Not old things revised. But before I could even shut myself up, some samples arrived by bike and they are so much more than I was expecting.

They’ve basically made the formulas more long-wearing, added in some new shades (above Pacific Coast and Blushed) and given them more intensity.

If the shades I have this is far and away my favourite – a completely suit-all, flattering colour that’s good all year round. It’s called Peach Pop.

You can see from the swatch that they’re not so bright they won’t appeal to the core Clinique customer, but the shades are just the right side of muted-trend.

This little duo is called Wave After Wave and I’d put it as being for the ‘make-up scared’. It’s light with a slightly darker definition shade – pretty much anyone could use this from age 19 to 90 and it would still look pretty and shimmery.

So this is my favourite so far – called Jenna’s Essentials – it’s close to a Bobbi Brown palette with suit-all, wearable neutrals in a mix of textures (matte and sheen) and a guide on how to use the palette to best effect. Bliss.

This is On Safari – a mix of khaki shades that is beautiful. These are more shimmery than the previous Jenna’s Essentials palette. I will swatch them later in the week.

I should also point out that my new camera is proving to be a devil.. the *texture* you see on the picture doesn’t exist on the palette – just in my camera’s crazy imagination.

So, we’ll see these palettes roll out in late summer – what do you think? Improvement on the existing range of eye shades?