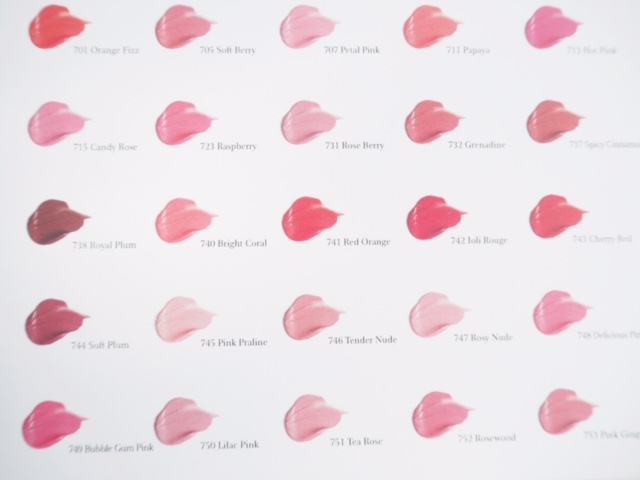 Well, I have a lipstick army here! All the new Clarins Jolie Rouge Lipstick that’s been completely revamped in terms of colour and consistency with organic marsh samphire extract and mango oil. It’s certainly what I would call a juicy lipstick with a moisturising feel and the ‘mwah’ factor. It doesn’t have any of the stickiness of gloss but it does have that same emollient touch to it. In terms of last, Clarins claim 6 hour wear – I didn’t find that to be the case in testing; application after an hour or two was more likely, but to be honest, as a gloss wearer, I’m very well used to reapplying and don’t even think twice about it. It’s not something I would hold against a lipstick. In the row you see above the shades are: Petal Pink, Rose Wood, Tea Rose and Lilac Pink. 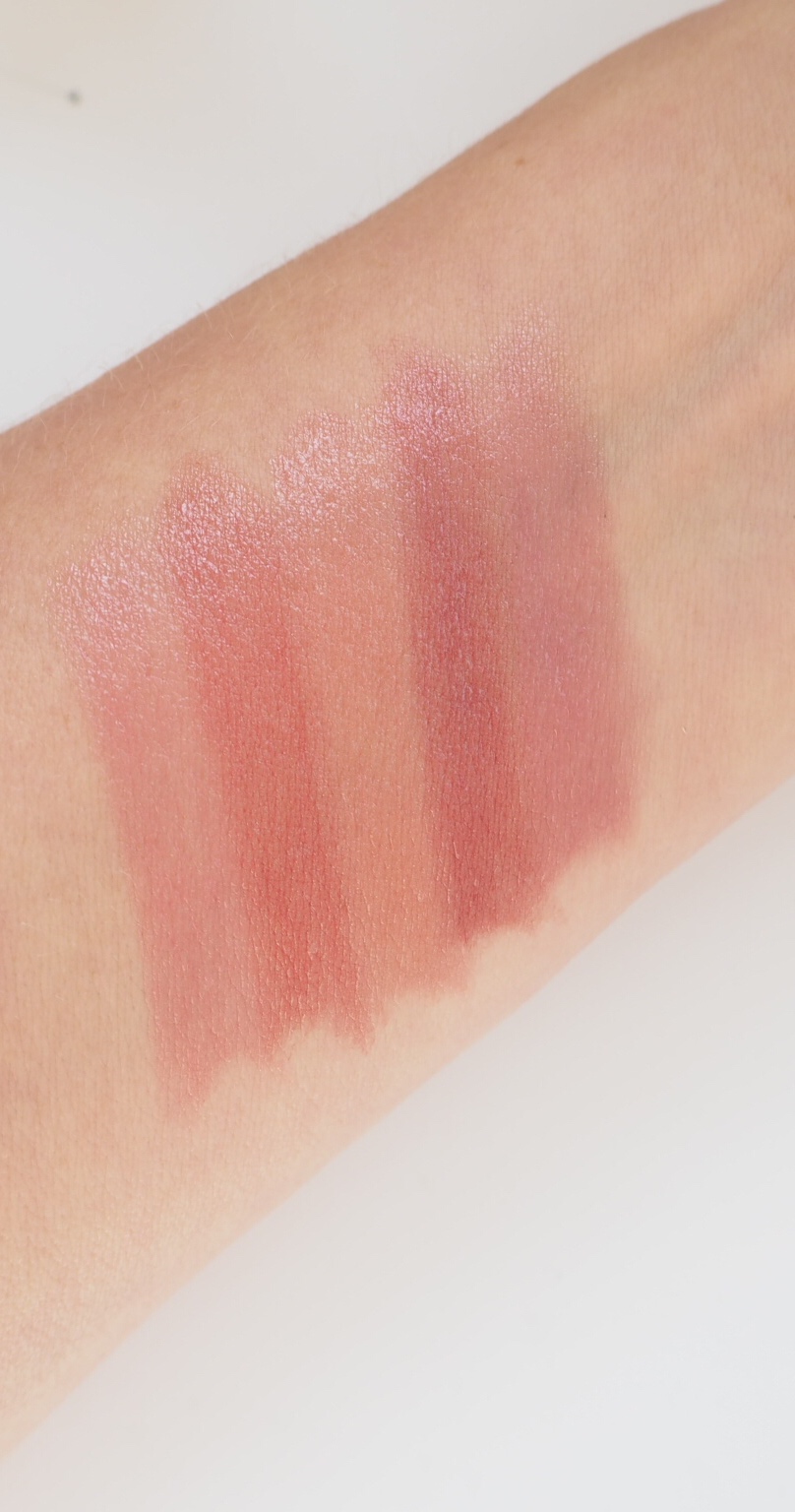 And again, the same in the swatch: Petal Pink, Rose Wood, Tea Rose and Lilac Pink.

Next up, we have Royal Plum, Bubblegum Pink, Candy Rose, Grenadine and Red Orange.

And the same order again for the swatch: Royal Plum, Bubblegum Pink, Candy Rose, Grenadine and Red Orange. I’ve noticed, particularly with Royal Plum and the darker shades that it doesn’t look like you get an even spread. The Clarins Jolie Rouge Lipsticks aren’t massive smacks of pigment; they’re good coverage, but not that very deep, highly pigmented look. When I tested Royal Plum on my lips, it looked perfectly even and didn’t fade patchily.

In this row, we have Soft Plum, Orange Fizz, Jolie Rouge, Spicy Cinnamon and Hot Pink.

They’re all £19.50 each HERE. I’ve been very slow to get these shown on the blog, and I’ll tell you why! When Clarins sent these out, they also sent a very beautiful box of biscuits. Because I don’t eat biscuits, I never opened it and ended up ringing them to ask why I hadn’t had them yet. Yes, you guessed it – they were cleverly disguised in the box of biscuits!