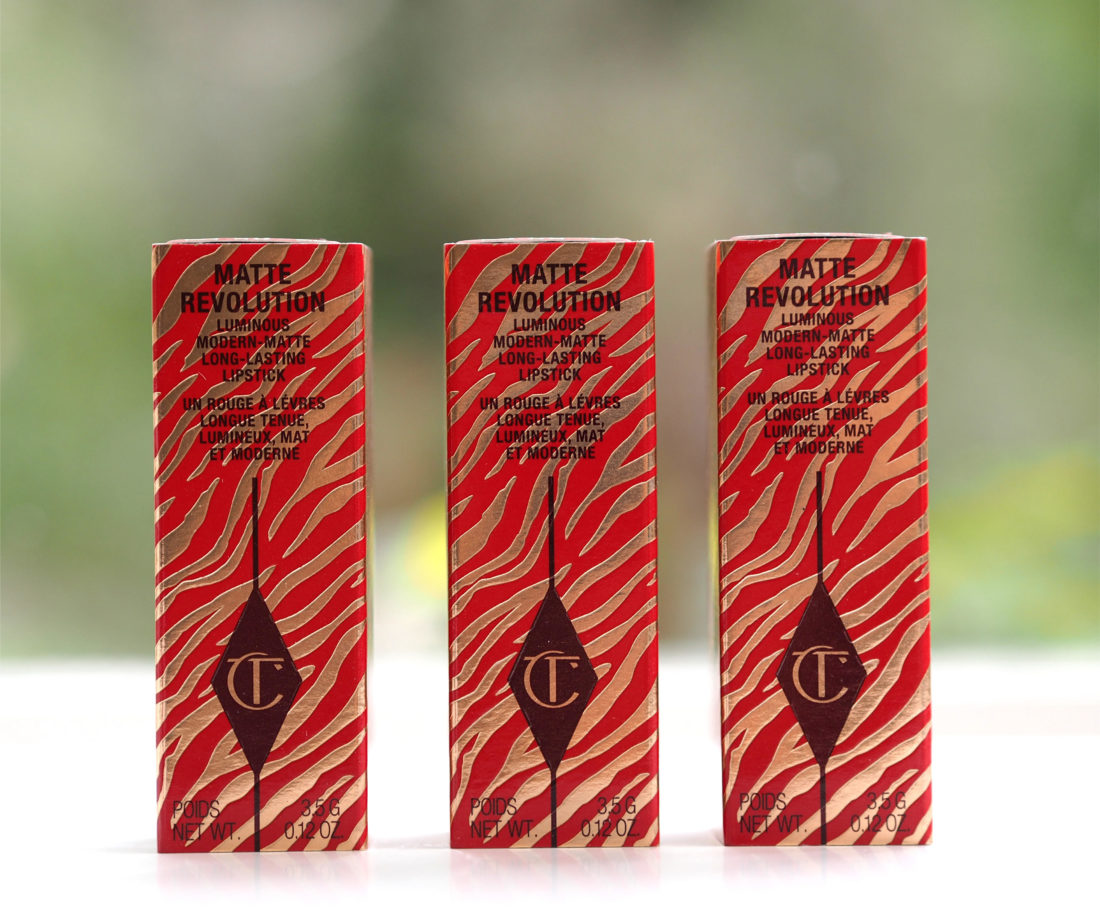 [unpaid/sample/affiliate/ad] Just when you thought you didn’t need or want another red lipstick, along comes the Charlotte Tilbury Year Of The Tiger Collection featuring three new colours in gold and red tiger stripe pattern. In the Lunar new year, it’s the year of the tiger (confident, charming and brave) hence the packaging which I have to admit is really rather lovely.

The first shade in this line up is Walk Of A Star, followed by Only Muse and K-Romance. Walk Of A Star is the red I’m talking about because it’s a bit different on than off.

It’s the first one in the swatch (followed by K Romance and Only Muse) and to my eye it has some orange and some pink in it. It doesn’t even look like this on the CT website but I’ve pulled a picture from my video of me wearing it so you can see how it is on actual lips rather than my arm because I think it’s completely different. It’s such an easy red because it’s not hugely pigmented so you can go light or build up but there’s some impact behind it whatever intensity you choose. It’s the kind of red that you can wear in winter and in summer – the warmer aspects will be more apparent I think when tones warm up and if they don’t you still have the pink aspect to keep your face vibrant. In the materials I got with the products, Walk Of A Star is described as a berry-rose but I don’t see it as pink which that would imply.

I didn’t really build this shade up so it’s more or less just two swipes. It’s £28 HERE and for a ‘matte’ texture, it’s very mild on that front. You can always dab a bit of balm over the top but I don’t find these uncomfortable.

I can’t get nearly as excited about the Pressed Powder and the Magic Cream but if I was a tiger, perhaps I might! You can find all the Lunar New Year limited editions HERE, non-affiliate HERE.