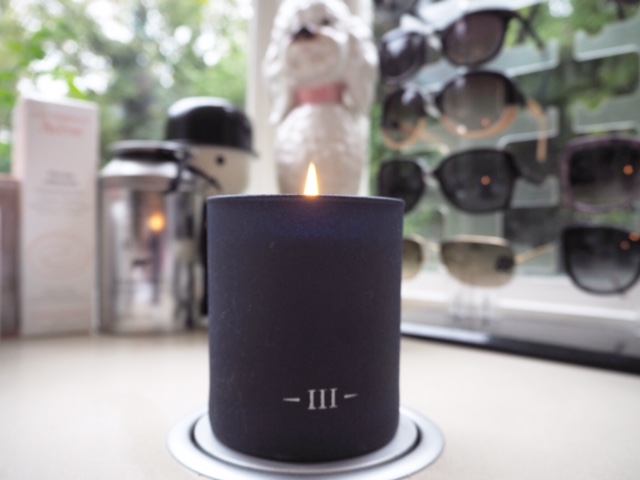 It’s definitely candle season and this year we are spoiled for choice. Some are obvious such as Diptique but there are lots of brands that don’t get the same share of publicity that are delivering some outstanding fragrances. Charles Farris originally – like many candle brands – began making church candles and the company dates back to 1845. This made me wonder when matches were invented (1826, apparently) because back in the day it must have been a bit of a faff, especially in church, to get everything burning.

What I like about the Charles Farris range is that it’s small – seven scented versions – and the glass is a matte black that’s visually striking. The inspiration behind the candles is often very unusual, such as British Expedition (Warm cloves and light ginger mixed with sweet tobacco and mint tea) to mark the brand’s founding year. I have Rubus – blackberry and bay which is tart and green but warm at the same time and is fulsome enough to fragrance my kitchen in minutes.

The glass candles are £30, but if you’re on the discovery trail and don’t want to splash out, start with the tins which are £15 each HERE.