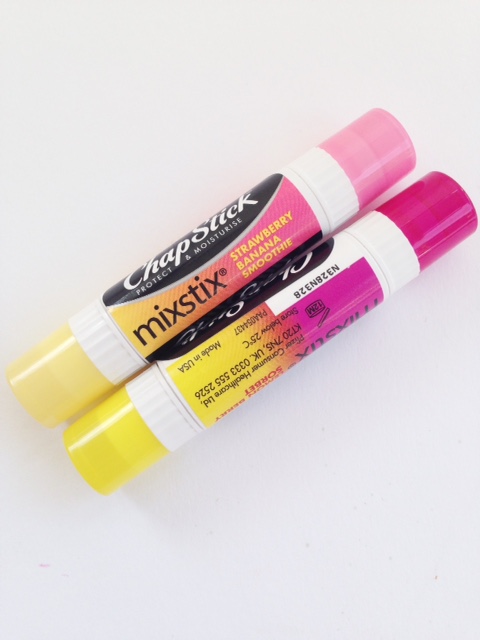 The new Chapstick Mixstix are for those who love a flavoured balm. Because flavour is exactly what you get, in some candy inspired variants that make you smell like you spent the night in a pick & mix tub. As you can see, there are two ends, each with a different flavour and scent so you can mix it up as much as you like. I have to say though, that the flavour is just a generic sweet flavour – with a bit of a waxy after taste – but if you like fruity Mentos and that kind of thing you’ll probably like these.

I think highly flavoured balms actually work against you – it’s like not licking your lips when you’ve had a sugared donut – you’re going to have to lick! Which, of course, will inevitably lead to drier lips that you started with. Chapstick have an 8 hour hydration claim which I can see is probably true if you don’t add in the lickable factor – I’d like to see what the claim is if you can’t stop licking your lips!