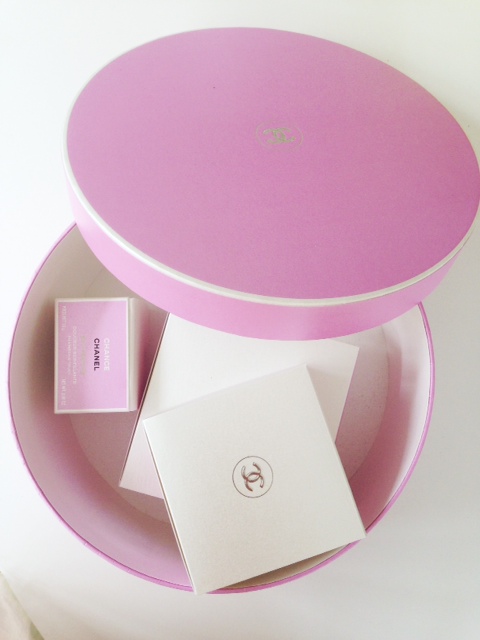 Eau Tendre and Eau Fraiche are variants on the Chance floral theme (jasmine, citron, hyacinth) – Eau Tendre is a gentle version with grapefruit and white musk, while Eau Fraiche has more zest to it.

So, starting with Chance Eau Tendre Shimmering Powder Perfume (£48). It’s a pinky toned powder with tiny sparkles – little flashes of light rather than any heavy glitter and it’s laden with fragrance. I can’t think you would need fragrance as well if you’re sparkling up your decolettage (I have never, ever done this.. have you? I know I don’t like glitter but  never sure shoving sparkles down your cleavage is quite as glam as it’s cracked up to be) then a swift dab of the powder puff and you’re game on for discreet illumination. Next, Chance Eau Fraiche Shimering Touch (£42). This is the most shimmery of the three products – irridecent particles twinkle away so you can really go to town. It’s in a cool, gel like formula and be warned, a little goes a very long way – if you’re too heavy handed a satellite could probably pick you up.

Oops, a little blurry, but you get the idea! Next up, Chance Body Cream (£57). This is my favourite – it’s a beautiful body cream with well dispersed twinkles; subltle and pretty, and would be my choice of the three. They’re all limited edition from June.