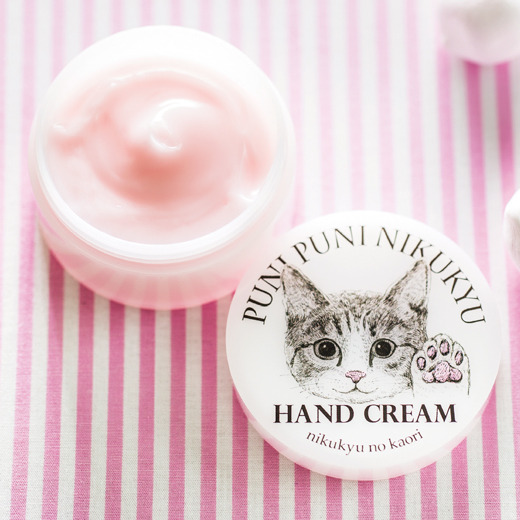 And so we have it – the thing you never thought would be invented; a hand cream that smells of cat’s paws. Punipuni Nikyuku Hand Cream is the result of brainstorming session at Japanese store Felissimo where someone thought it would be nice to create a cream that smells of paw. I don’t know.. I’m just the messenger, here. I’m also having to make a few assumptions because Google Translate is up to its old tricks again, but I think it’s a water fuse formula, in that as you rub it in, droplets of water appear (like Dr Jart’s Waterfuse face cream, if anyone remembers that). Reviews say that it smells sweet and milky and more like popcorn than anything your cat might have trodden in lately.

Also on my finds… Toe Socks. I have honestly no idea in what circumstances you might need these, but clearly somewhere over in Japan there is a market for them.

And finally, in my round up, bath knobs. The idea with these is that you place them on certain points in your path so that when you like down they hit your pressure points in an acupressure kind of way. I can’t think of a less comfortable way to have a bath, unless someone invents cat’s paw smelling bubble bath to go with them.