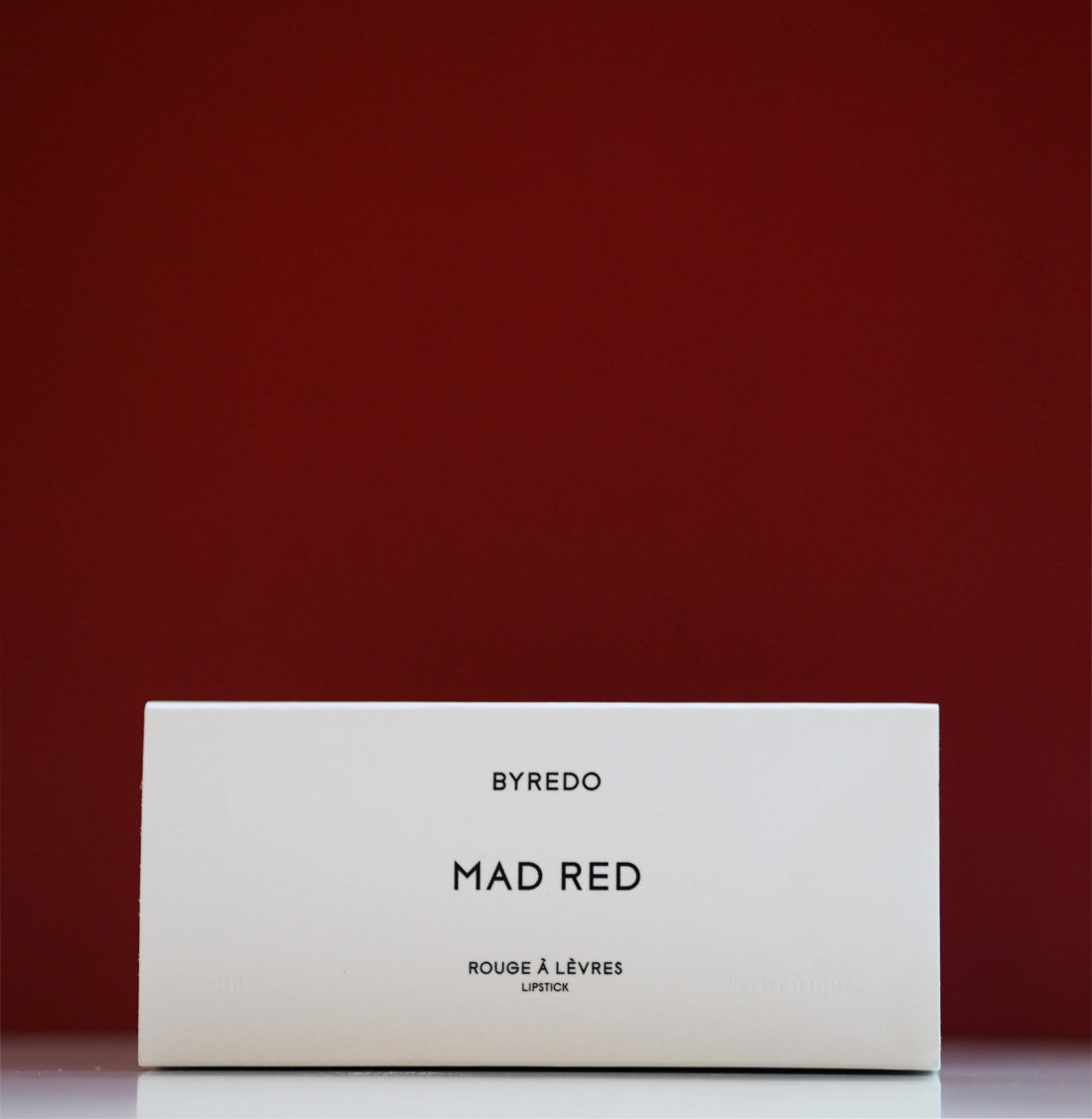 [unpaid/sample/affiliate/ad] Byredo has come at a ‘suit-all’ shade at a different angle to others in the past – I remember Clinique had a red that was pigmented to suit every skin tone but eventually someone in marketing realised that telling consumers that one colour was fine for all meant that the scope for making people buy more than one lipstick had reduced. So, it’s rare to find a ‘suit-all’ single shade, and you’re more likely to find a ‘selection of suit-all’ colours.

I must admit, when I first saw the bend in the first Byredo collections, a bit of me wanted to straighten each and every one of them. However, I’ve come to like the way they stand out from every other lipstick in the world and also love the fact that the make up artist who worked with the brand for them is Isamaya Ffrench, a British artist who has suddenly taken the artistry world by storm.

Byredo has chosen a dark, raspberry red as the shade to suit all – and that is something a little bit different because I was expecting more of a pillar box red. It has a distinctly pink edge to it – albeit along a berryish, wine-y route (I feel like there is a dot of grey in it too) and I can’t say it’s not impactful because –

There’s also a colourless lipliner to help you keep things sharp – you can use it as a primer all over the lips or as a outliner to prevent bleed. I don’t really have any bleeding so I haven’t seen a result from this although it’s an absolute doddle to apply with no drag at all.

The finish is matte although it only takes a dot of balm or gloss to change that.

I actually felt that I had put more on than this picture shows – the colour imprints straight away so actually it’s quite a nerve-wracking application and I do think it leans more pink than red. I used a little bit of balm under it. The formula doesn’t seem to have a taste and there is just a very light scent to it that I only noticed from sniffing it rather than when applying it. Mad Red isn’t cheap at £35 HERE but it sure is fancy.