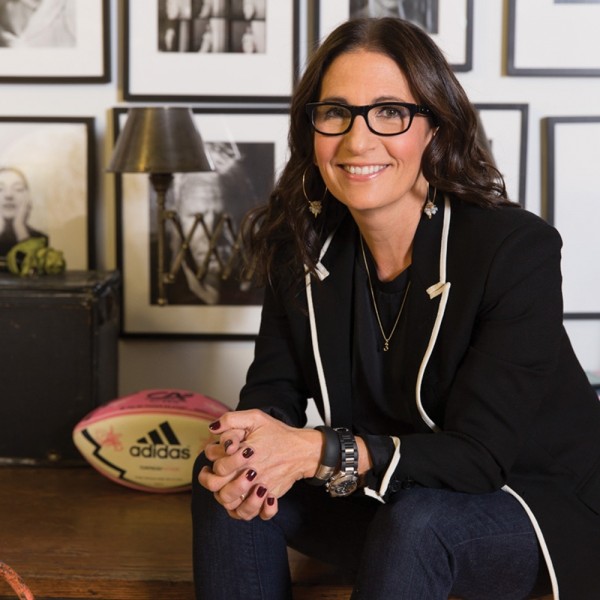 It’s the best way to start a day – breakfast with Bobbi Brown! Bobbi was at the very end of a whistle-stop tour of London to promote her glasses range (she calls them ‘eye glasses’) and her voice was giving out. So, I think we had a quieter Bobbi than might be usual. However, it’s the first time I’ve heard her story which I found rather inspirational. Brands as huge as BB have to start somewhere, and for Bobbi it was literally just making a set of six lipsticks because she couldn’t find anything that represented ‘real’ lip colours to use in her make up artistry.

I loved that Bobbi’s inspiration was Ali McGraw because she was the first famous person that looked like her – brown eyes, natural brows and long, dark hair; a long way from the cookie cutter, blonde and bronzed US models of the day.

Bobbi was very frank about being bought by Estee Lauder – one of the first things she did was ask to move out of the Lauder offices in New York and create a more relaxed, less corporate space in Soho where dressing down is fine, dogs are welcomed and healthy food is encouraged.

It’s often the case when you meet brand founders that it’s a PR presentation, but Bobbi really doesn’t care about that kind of thing – she gave a way a couple of next year’s launch secrets (I spotted her press officer flinch as she did so!) so we can expect a new Eye Opening Mascara and the delicious sounding Confidence Stick that temporarily erases creases. And, joy! She hates contouring – she thinks it never looks ‘real’. But, the whole point of the Bobbi range is to enhance what you already have – not cover it up.

The thing about Bobbi is that she’s not glossy (despite her gloss being my all-time favourite and always, always in my bag); she’s as prone to bloopers as the rest of us (she told us we ought to read more books – ahem, bloggers DO read books, Bobbi) and came across as real as the women she’s creating make up for.

One of my criticisms of the Bobbi Brown range is that a lot of it is too samey – when it’s right, it’s brilliant, and I’m always thrilled by pops of colour because they’re unexpected within the sands and beiges. But, hearing Bobbi talk about her passion for fresh, even skin, natural beauty, celebrating your beauty at any age, it sort of made more sense that sometimes there are variations on a theme that is at the heart of her range.

She was late to the BB and CC party because she didn’t like them – she had to be enticed by her formulators towards a product that didn’t feel like a ‘usual’ BB or CC; she doesn’t think that any cream in the world gets rid of wrinkles (PR flinches again) despite having her own skincare range. What she does believe is that if they’re softened and hydrated they look better, but that people without smile lines look odd – they need to be there!

By the end of the session, where she ran through her journey from dropping out of college to the Bobbi Brown empire, I took away the impression that yes, she gets it. She does understand what women want from beauty and it’s not driven by corporate rules, but her own. And, Bobbi fact of the day – she is a very petite 5ft. The above picture is of the UK Bobbi Brown PR team that we work with on a day to day basis, with Bobbi – hopefully they’re all heading home for a gin and tonic and a hot bath!