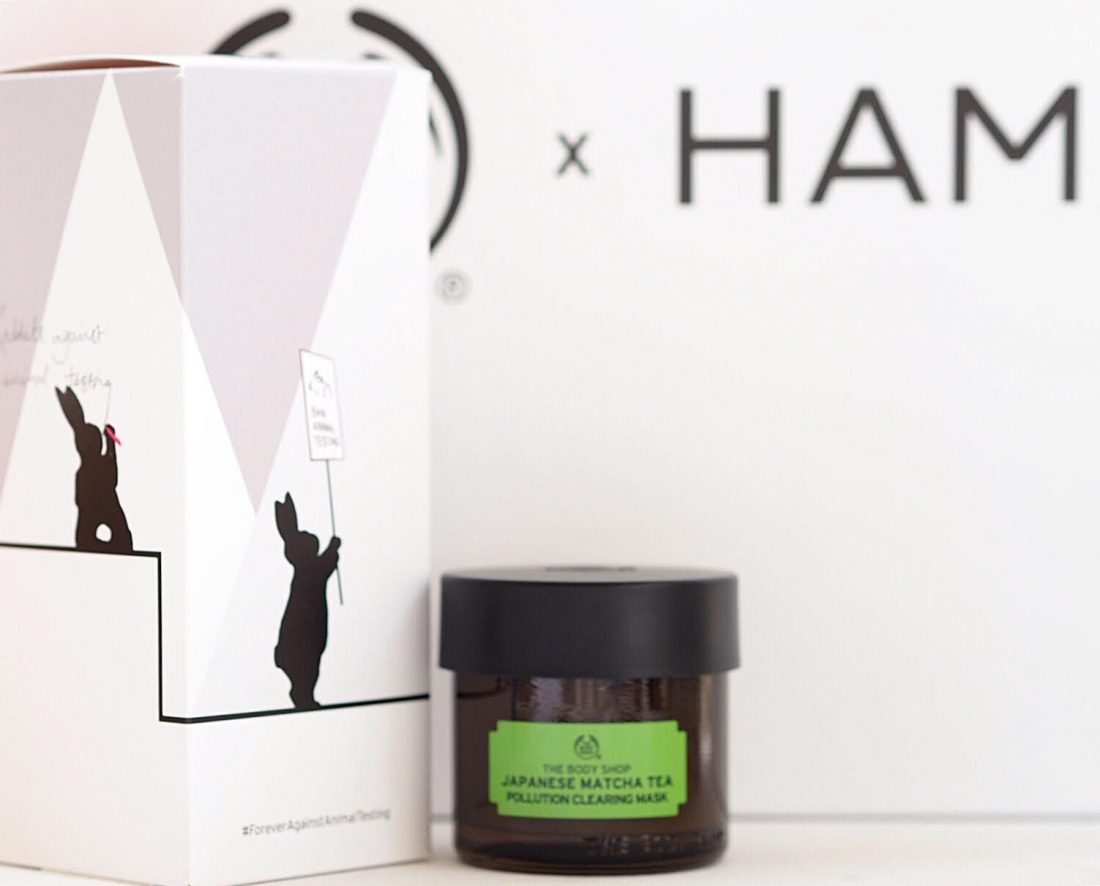 You can’t knock The Body Shop for their perseverance with their highly successful campaign to end animal testing. Their January appeal for petition signatures reached 4.1 million, making it the biggest petition ever against animal testing in the cosmetic industry. At 8 million signatures, The Body Shop can take it to the United Nations to call for an international convention to ban testing on cosmetics. So, while you’re getting your glow on with a face mask or cream from The Body Shop it’s really something to think about. (Also I can’t stop thinking about the fact they chose an illustrator called Ham for this …. )

You may well have seen the illustrations of Joanna Ham with her signature Rabbit. They’re so endearing and tell  illustrative stories about everyday life. When Rabbit isn’t ski-ing, he’s wearing a Superman cape and launching off a chair or building a sandcastle – he’s the child in all of us, simply but powerfully depicted. For The Body Shop, Rabbit is a placard carrying, loudspeaker wielding, message delivering ambassador for the end of animal testing. There’s a special limited edition, illustrated box featuring Rabbit in 15 key stores that you can get when you buy an Expert Facial Mask and a Bunny Headband. It’s very sweet, but is just a box (good for a beauty easter gift though) – the bigger deal is if you sign the petition whether you buy anything or not and see if we can’t grab the attention of the UN. You can find it HERE.