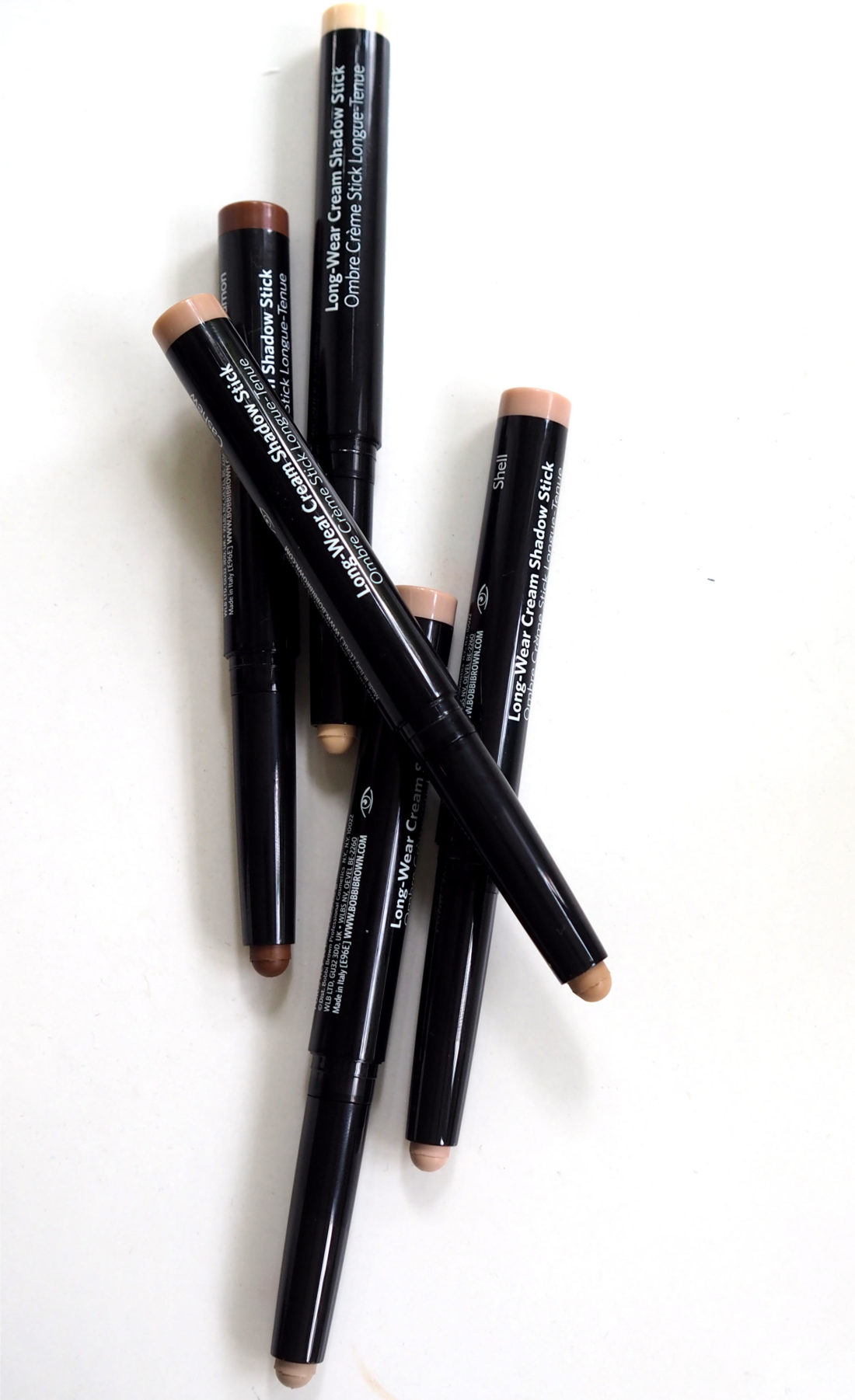 [unpaid/sample/affiliate/ad] I’m always happy to find a new shade in Bobbi Brown Long Wear Cream Shadow Sticks so I’m extra pleased to discover five new ones! The first thing that struck me was how much the shade selection reminds me of the new M&S skin tone underwear so I’m going swatch first so you can see exactly what I mean.

I like a neutral eye – you’d choose the closest to your tone and use the colour to unify the lid – so any redness or discolouration won’t show through – as well as give a widening and brightening effect without anyone quite realising why. It’s a very unobvious way to wear shadow but the effect is very stylish. I had a MAC Pro Long Wear Eyeshadow pot in a neutral tone (I think Groundwork) that I absolutely loved and the Bobbi sticks look quite similar in concept.

It seems a long time since ‘taupe’ was trendy – I was contacted by ButterLondon the other day which brought back memories of Yummy Mummy but taupe, greige and similarly ‘mannequin’ shades have fallen by the wayside so perhaps it’s time for an update. I should say that the neutral theme is my take on the new selection but there are 20 available colours in a selection of finishes so there is something for everyone.

Of course, the other way to wear them is simply because you like the colours, skin tone regardless. I’ve given Cinnamon a try (the deepest shade) and it’s dramatic but I like it. They’re all matte, by the way, and really my preference is for something with a bit of shimmer to it or a metallic finish but the effect is graphic – you kind of have to just go with a block colour and I know, despite seeing hundreds of inspiring graphic eye looks, I’ll just be putting it plainly on my lids! A light coloured lid with a dash of kohl is a sixties style look that I’m quite drawn to. Even with a matte formula, these glide so softly over the skin. Last will depend upon whether your lids are oily or not, but I’d expect to top up at least once.

The shades from bottom to top are: Cashew, Cinnamon, Bone, Shore and Shell. I could very easily wear Shore and Shell, although Shell has a pink-ish tone to it so would also be lovely on paler skin tones that veer to pink. I’m sure everyone knows Bone – an iconic shade from the early Bobbi days so in many ways, unless you are deep toned, it’s probably the most useful for the area under the brow if you’re not comfortable with a completely mono eye. They’re £25 each HERE. There’s currently a 20% off offer that’s sitewide if you have anything to stock up on – use SUMMERBB20 at checkout. If you haven’t used a BB eye stick before, you could test the waters with a mini version (two shades – go for the Bronze) for £12.50 HERE. Non-affiliate is HERE.