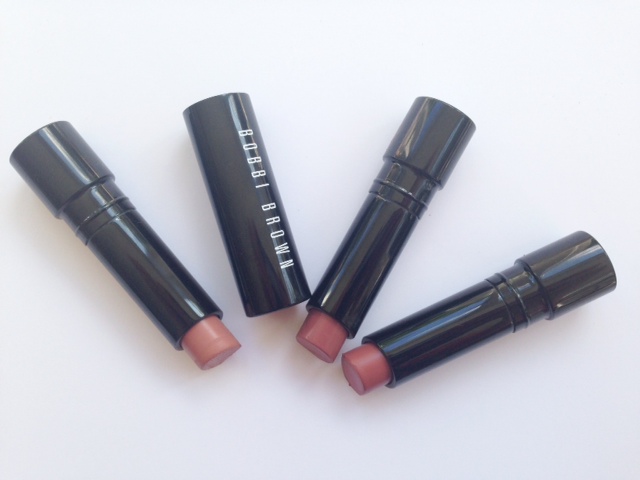 Again, this is a long lead time before these Bobbi Brown Limited Edition Cream Matte Lip Color launch. So, plenty of time to apply buckets of balm for a superbly smooth lip because these are super-matte.

If you love a really matte lip then you’ll be happy – I think the texture is even making my arm look dry and wrinkled. But, I can’t knock the colours – they’re dream nudes. Actually, there are supposed to be four shades but mistakenly I got given the same shade twice (had to really work out if two were the same or just some super nude nuance that could barely be seen with a human eye). Because they’re samples, one isn’t named (the first one, so I’ll guess at Pink Nude – hard to tell with one missing), Nude and Warm Nude. Soft Nude is the one that’s not there.

The Bobbi Brown Limited Edition Cream Matte Lip Color collection is part of Fall so I expect to see these end of September time, but I’ll update nearer the time.